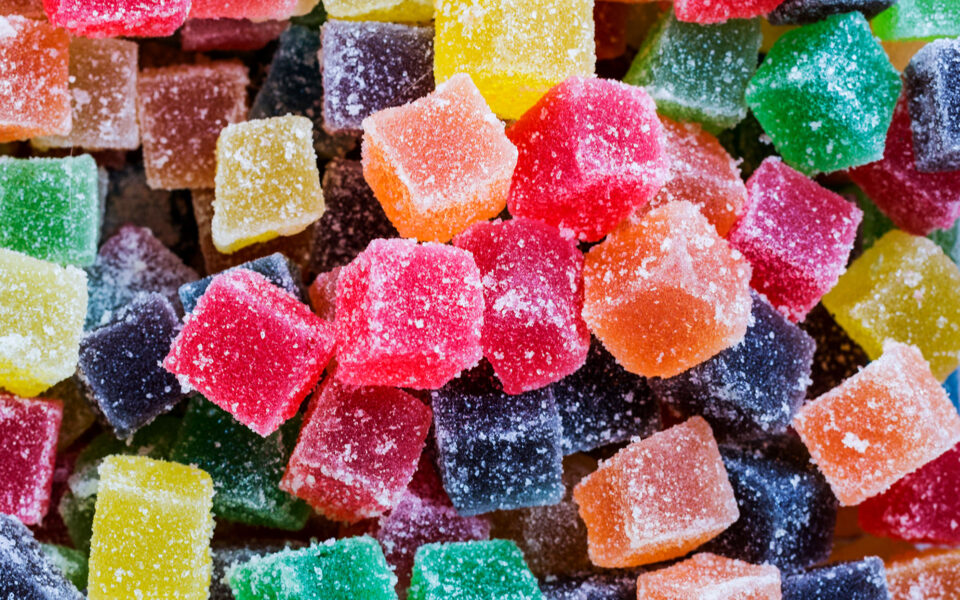 The world of edible cannabis has seen a lot of innovation over the years. What started as being all about weed brownies, homemade cookies, and rice krispies treats has moved toward a focus on mints, tarts, and candies. There are even novelty edibles like beef jerky and potato chips.

But one type of edible has risen to the top of every legal market’s charts: gummies. What is it about these little weed chewables that makes them such a hot commodity?

Why gummies are great

When it comes to accurately dosing cannabis, you’ll find no easier method than gummies. They’re easy to make uniform and get an exact dose every time. Edibles like chocolate and fruits can be different sizes making consistency hard and making it more difficult for them to pass potency testing.

You can eat them anytime

You have to be in the mood to eat a brownie or a couple cookies. Pretty much everyone’s always in the mood to consume a little candy, so gummies are great anytime. Even edibles like tarts and mints are occasional eats.

Additionally, gummies have way less calories than a brownie, cookie, or hard candy. It’s a trend that seems to be reflected outside the cannabis market. “Even Skittles is going to be coming out with a [non-cannabis product] gummy … Everyone understands what a gummy is: It’s an easy way to take a medicine, and an easy way to snack on something,” said Chef Matt Kulczycki, Edible Product Manager of California’s CannaCraft.

They preserve well over time

Over time, baked goods become old and stale. However, gummies, and candies in general, have a much longer shelf life. You probably won’t eat an old brownie you found under your car seat, but you’ll definitely eat a gummy in a wrapper you found in an old coat pocket.

They won’t melt up and die

Chocolates will melt up in your car, ruining the cannabinoids and terpenes, and weakening the effects and experience tremendously. However, gummies, especially those made with pectin over gelatin, have a much higher melting point. You can take gummies anywhere you want and not have to worry about storage.

Producing gummies vs. other edibles

Gummies aren’t just a fan favorite among consumers, companies that produce edibles also love them. Every gummy in a batch has to have the same THC percentage. If not, they don’t pass testing. This process is much easier with gummies than with baked goods and chocolates.

“Water, sugar, gelatin or pectin, some flavoring, something to add color; it’s definitely not rocket science. Chocolate is more artisanal. Chocolate is a very hands-on panning process. A lot of it is the handling of the chocolate, the temperature, how you’re forming the actual piece,” said Adam Grablick, Chief Operation Officer of California’s Kiva Confections.

That means it’s much easier and faster for companies to produce gummies than chocolates. On making absoluteXtracts’ vegan gummies versus Satori’s chocolates, Chef Kulczycki said: “Right now we can have five or six employees manufacturing gummies in a day, and we’re doing 3,000 units per day, so that’s 60,000 individual gummies we’re going to be able to make today, in 11 hours. When we do our chocolate panning process, one person could take four days to do our chocolate strawberries.”

Different types of gummies, now and in the future

There are several different types of gummies and many production methods behind those types. Some are made with pectin, some with gelatin; some are made with distillate, some with live resin; some have additives like melatonin, and some have natural plant terpenes. It’s all a reflection of the modern state of cannabis: figuring out exact formulas and recipes to deliver specific effects on a consistent basis.

In the near future, we are sure to see an expansion of cannabinoids, terpenes, and production methods of gummies. “I think we’re going to start seeing THCV gummies; Delta-8 gummies are a big one too. And I think you will see in the future, CBN and CBG. Right now the costs are so high on those that it’s hard to add [CBN and CBG] to the gummies, said Chef Kulczycki.

“Our number one product at Kiva is our sleep gummy. It’s made with 5mg of THC, one milligram of CBN, plus chamomile and lavender, and some other indica-like terpenes,” said Grablick.

Coming soon, Grablick told me he just launched a strain-specific live resin confection called Lost Farm, and in Q1 Kiva is rolling out a fruit chew similar to Starburst and Mamba. “It’ll be interesting to see if that form does just as well as a gummy,” he said. “We believe it will.”

Danté Jordan is a former member of the Leafly Subject Matter Expert team, and current freelance writer, video producer, and media consultant specializing in cannabis culture, strains, products, education, and everything else related to that lil’ green flower. Contact him at smokingwithdante on Instagram, or dantenetworks(at)gmail(dotcom). His website is www.dantejordan.com.

Hemp Bioplastic – All Your Cannabis Products Should Come in Hemp Plastic and Wrapping, Right?

Who is Subcool? The legendary cannabis breeder, explained.

How High Joe Rogan Talks To His Kids...