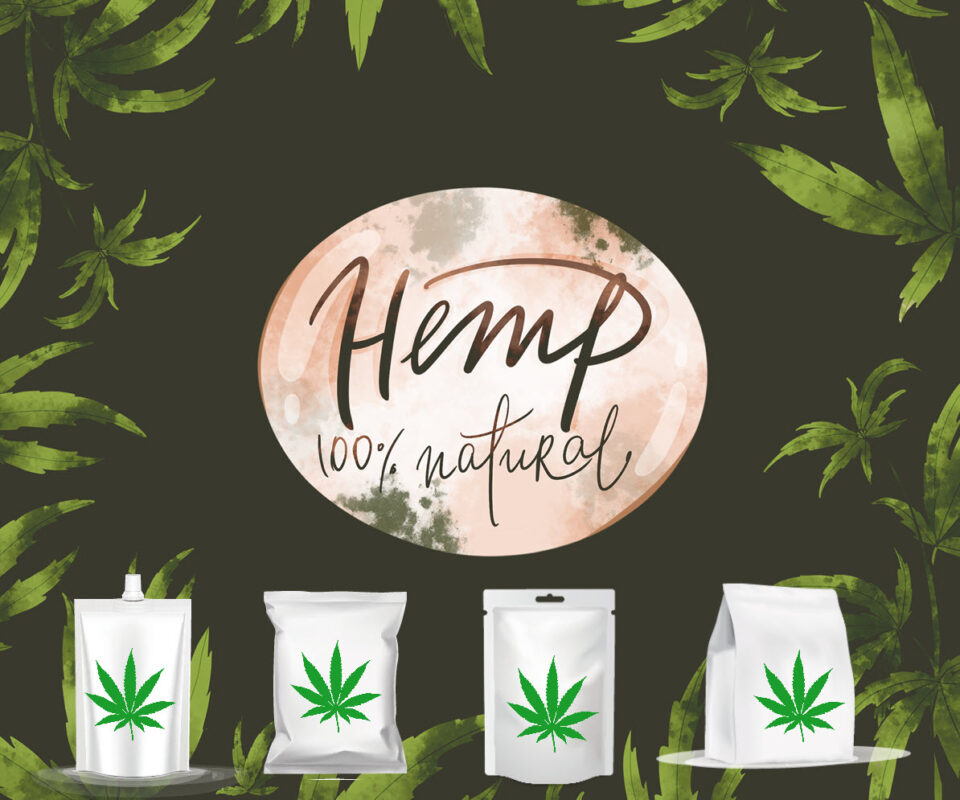 The earth is suffering drastically from the effects of climate change and this has pushed every government towards measures aimed at saving the planet. One of the areas being targeted is the area of plastic pollution which has risen to be a major issue facing the planet. To remedy this, new and improved materials that can be used for green packaging are being sought out. Materials that are not just better for the environment but also suitable for packaging and we might have found one in hemp bioplastics.

The importance of plastic in the daily lives of humans has ensured that plastics have a very important role to play, so it should be noted that they cannot be easily overhauled. Over 322 million metric tons of plastics were produced generally in the year 2016 and this value increases year after year. Unfortunately, over 8 million metric tons of this plastic are being returned to the ocean causing plastic pollution. The presence of such a huge level of waste doesn’t just threaten the lives of fishes in the ocean, it poses a significant threat to the balance of life provided by nature which is why seeking a better alternative should  be a priority.

The EU has taken a good step to curb this pollution by banning single-use plastic products but the solution is not to cut back on the use of plastics but rather use a better alternative. 80 to 120 billion dollars has been projected to remedy the crisis of plastic pollution and if this fund can be channeled into bioplastics, the plastic pollution crisis will be a thing of the past. Bioplastics refer to plastic materials that are plant-based and biodegradable. Unlike fossil-based sources of plastic that make use of carbon from unrenewable sources, bioplastics use renewable carbon sources like hemp or corn.

Hemp bioplastics; the next big thing?

The time for petroleum-based plastic products seems to be wrapping up as hemp bioplastics are looking set to take over. Hemp has always been known largely as a variety of cannabis that is legal with its THC concentration being equal to or less than 0.3%. It is also known in the food and clothing industries however, a large part of the biomass of hemp goes to waste. This wasted biomass when used properly can produce a useful building material known as hempcrete for the building industry and hemp bioplastic for the plastic industry. This has helped to increase the reach of the hemp industry while answering some environmental needs of the planet.

The 2018 Farm Bill that legalized industrial hemp use has greatly improved hemp cultivation across the 50 states. The growth in hemp cultivation has also been equally met by increasing demands from consumers for sustainable and environment-conscious products. This paved the way for hemp bioplastics to grow and Grand View Research has projected that hemp bioplastics will control 40% of the plastics market by 2030.

The issues of plastics pollution that warranted the need to explore new materials has greatly deteriorated in recent times. Two great garbage patches named the North Atlantic Garbage Patch and Great Pacific Garbage Patch are roaming the waters of the oceans presently. One of those patches is twice the size of Texas which shows the severity of the matter. Different entrepreneurs are well on their way to use hemp bioplastics to remedy this situation and increase the scope of hemp bioplastics completely.

Hemp bioplastics have some unique characteristics that made them poised to be the next big thing in green packaging. Here is a closer look into some of those reasons.

Pound for pound, hemp is cheaper than the raw polymer used for producing petroleum-based plastics. This is not due to huge differences in their quality, instead, it’s because hemp is easily more accessible than raw polymer. Adding hemp to polymers according to Kevin Tubbs, founder of Hemp Plastic makes the polymer greener and cheaper.

Petroleum-based plastic products take very long periods to degrade (some say they take as long as hundreds of years). This long duration gives plastics time to clog up waterways and inhibit normal processes in water bodies. The biodegradable nature of hemp means it takes lesser time to degrade and thus has no such demerits. Within 3 to 6 months, hemp bioplastics degrade completely without drastically affecting society. Although this characteristic reduces the degree of application of hemp bioplastics to single-use plastics yet it shows promise as a viable opportunity to capitalize on.

Hemp bioplastics are better for the environment

Petroleum-based plastic products are produced through a very strong extraction process called fracking. Fracking involves the use of high-pressure levels and high-temperature levels to fracture rock formations that contain petroleum. This unique manufacturing process is harmful to the environment because it leads to the production of harmful toxins and pollutants that can affect human health. These contaminants from the fracturing process affect the air, soil, and water of the area further increasing its deleterious effect.

Hemp has a quick growth cycle making it renewable and accessible

Unlike fossil fuels, hemp is renewable and can easily be grown. It also has a quick growth cycle which means accessibility is assured. This unique advantage is bound to help push hemp bioplastics to great heights in the coming years.

The future of hemp bioplastics already looks very good and entrepreneurs are looking to make the most of it. Demand for green packaging will increase and as it increases hemp bioplastics takes more prominence.

When You’ve Smoke All Your Quarantine Weed in...

Will Cannabis Entrepreneurs Switch to Psychedelics?