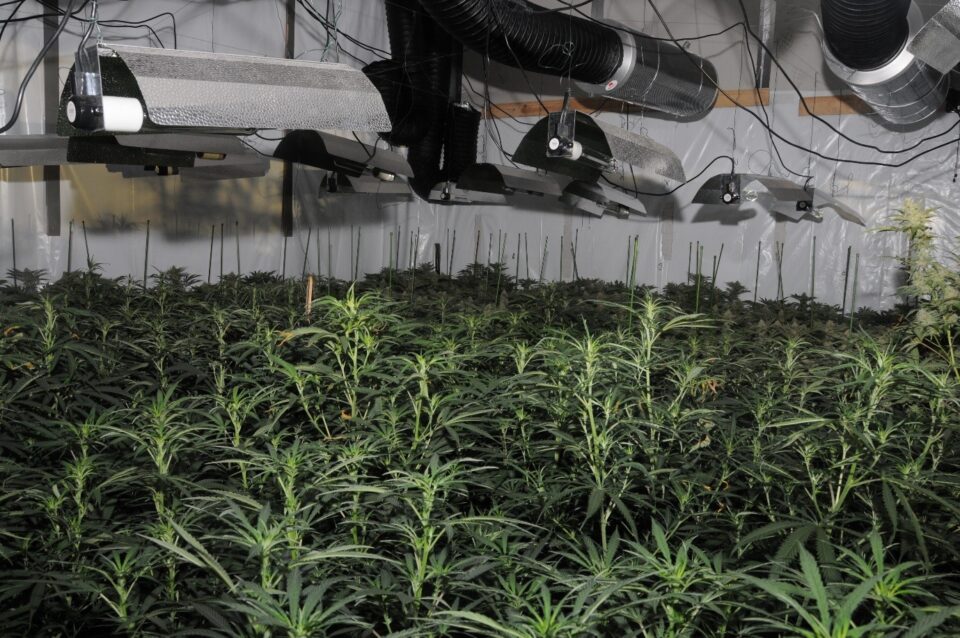 That was apparently the idea behind a massive growhouse recently discovered by police in London’s financial district. The discovery, made on January 13, came on the heels of “reports of a strong smell of cannabis,” which has been brought to a standstill as of late due to shutdown measures imposed by the ongoing COVID-19 pandemic.

Police there said they procured a warrant the following day to enter the premises, where they discovered an indoor “cannabis factory” containing 826 plants that were subsequently destroyed by officers.

“This is the first cannabis factory in the City, no doubt being set up in response to fewer people being out and about during the pandemic who might have noticed any unusual activity,” said Andy Spooner, the London detective overseeing the investigation. “However, this demonstrates that City of London Police continues to actively police the Square Mile, bearing down on any crime committed here.”

Spooner added that London police “have made two arrests and our inquiries continue.”

The New York Times noted that London’s typically busy financial district “has emptied as the British government tries to tamp down a surge in coronavirus cases, instructing employees to work from home to curb transmission.”

“The area is normally teeming with people, particularly on weekdays. The London Stock Exchange and the corporate headquarters of major financial groups, as well as the Bank of England, are all tightly clustered in the zone, also known as the Square Mile,” the Times reported, adding that a London spokeswoman said “the force policing the district usually dealt with economic crimes such as fraud,” and that a drug bust like this one “was uncommon.”

The financial district there is known as the City of London, which Reuters notes “is home to the world’s largest commercial insurance market, banks and fund managers, has been largely deserted since March after most employees were asked to work from home.”

The secret indoor cannabis farm was located in a building near the Bank of England, whose governor, Andrew Bailey, made a crack about the development during an event online Wednesday.

“We are now going to be the subject of endless jokes about ‘now we know what the Bank of England has been on,’” he said, as quoted by Reuters. “I’m sure there will be many other jokes. It is very quiet around the Bank of England, I should say.”

The news evokes another notable bust to take place in London back in 2019, when police there uncovered a huge cannabis farm located in the bowels of a 120-year-old Victorian theater.

The theater farm had apparently been in operation for about a decade, during which time police estimate that the growers raked in about £4 million—$5.1 million for Americans—a year.

The theater was originally constructed at the end of the 19th century, but had been converted into a shopping mall a half-century ago. The grow house was inaccessible from the shops above.

Cannabis 101: What Are Phytocannabinoids? | by Michele...