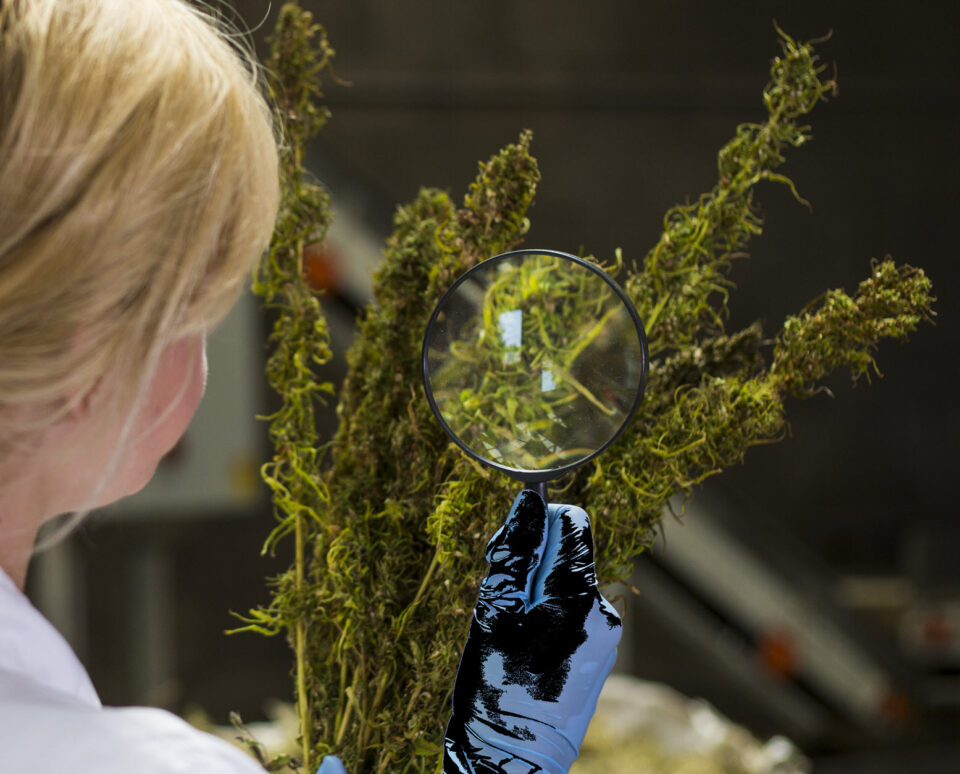 The Drug Enforcement Administration (DEA) has been in hot water the past few months for those in the cannabis industry.

To put it simply, they’ve made it difficult for private institutions to apply to grow cannabis for research purposes, which is badly needed by scientists and the industry to make research progress. Thankfully, early in January, they released what they called the “final rules” on applying for a federal license to do so. US Congress also passed a bill that called on the necessary expansion of cannabis research, which received bipartisan support.

Last March, the DEA released the set of preliminary final rules which just went into effect on January 19th.

However, the process has been painfully slow; so slow, that it triggered a researcher to file a lawsuit slamming the DEA once again for being an obstruction in the process. Now the rule change will allow private companies to obtain a license needed to cultivate cannabis for research purposes.

“Lacking a meaningful response on the merits, respondents renew their jurisdictional attack,” reads the latest filing. “Those arguments all rest on the same mistaken assumption: that Petitioners cannot obtain judicial review of the DEA’s final decision denying another’s petition for rulemaking.”

Prior to that, it was only the University of Mississippi that was authorized to do so for the last 50 years, causing major issues because of the quality of the strains provided.

The University of Mississippi actually harvests some 10kg of pot which is grown indoors, and 500kg that’s been grown outdoors. Technically speaking, this supply is enough for researchers to study over the course of many years; the marijuana is ground up into uniform particles in order to standardize it for clinical study. But researchers say that it has much less THC than the cannabis you can buy at dispensaries in legal states.

Morgan Fox, the National Cannabis Industry Association (NCIA)’s media relations director, says that the cannabis is “basically like powder.” She adds, “It is not really representative of what people are actually consuming.” What’s worse is that the cannabis they have been growing is of poor quality because it undergoes a lot of processing. After harvesting, it’s dried immediately, then goes into storage for a long time, sometimes even years, at a freezer. When you expose cannabis to these low, cold temperatures, this changes its chemical and biological makeup and it truly is NOTHING like what consumers are toking up these days.

Furthermore, the cannabis undergoes irradiation in order to reduce mold and yeast, because there were already reports that the University of Mississippi-supplied weed had mold in it.

The bill approved by the Congress would finally adjust the Controlled Substances Act, removing critical restrictions that have been placing bans on cannabis research, while urging to allow a program that would give producers and manufacturers a license to grow it, thus ending the monopoly of the University of Mississippi. Additionally, the bill places the Department of Justice as well as the Department of Health and Human Services in charge of operations.

But we are still unsure how the new administration under Biden would affect these changes.

Now, the DEA does acknowledge that the potency and quality of the marijuana sourced from the University of Mississippi is not a good standard of what’s actually in the real world. On that note, they still haven’t moved forward on the dozens of applications that have come in since 2016, mostly from organizations that want to help provide relevant, and realistic products that researches can analyze for studies.

“The DEA is not a public health or a scientific organization and has much different priorities and expertise than those organizations,” Fox says. They aren’t in the business of facilitating scientific research so they are not the right people to determine what cannabis is good and how much of it is needed for studies. “So overall, we feel that they are not the appropriate agency to be charged with being the gatekeeper for research production,” Fox explains.

Fox also makes recommendations to make the whole process smoother. For one, they should increase the variety of cannabis products that are accessible to researchers, as it “would be approving applications for production, particularly ones that have been sitting in the application process for up to 4 years.” Additionally, authorities should determine “some way to allow researchers to be able to legally do research on products that are available in legal regulated cannabis markets.”

The Need For Change Is Critical

An analysis of cannabis research was released in August 2020, revealing a shocking $1.56 billion went into funding studies that were focused on the harms of cannabis. These studies took place from 2000 through 2018 in the United States as well as Canada and the United Kingdom. This is a horrific discovery because of its bias!!!

What’s worse is that more than $1 billion of that money came from the US National Institute on Drug Abuse (NIDA), the biggest benefactor for issuing research focused on the side effects of cannabis than its therapeutic effects.

“The government’s budget is a political statement about what we value as a society,” explained Pennsylvania State University cannabis policy researcher Daniel Mallinson. “The fact that most of the cannabis money is going to drug abuse and probably to cannabis use disorder versus medical purposes – that says something,” Mallinson tells Science Mag.

The good news is that funding for cannabis research in the United States continues to grow; back in 2000 it was under $30.2 million while in 2018 it grew to $143 million. There’s also more money being injected into exploring viable cannabis-based treatment, but there’s still unequal money being poured into research studying its negative effects.

We can only hope that the new Biden administration paves the way for cannabis research.

Sometimes I get high and think about Snoop...