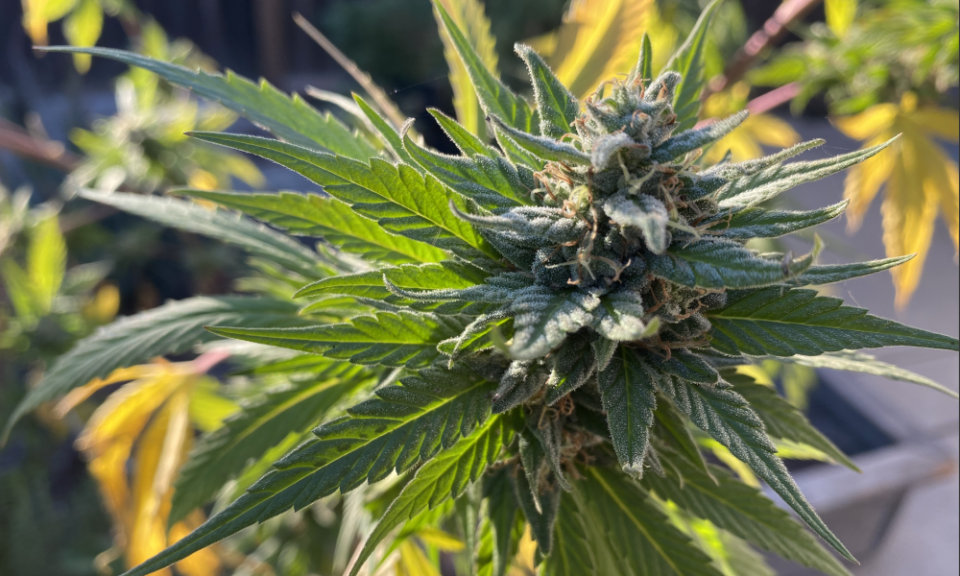 The Alabama Senate on Wednesday approved a bill to legalize medical marijuana in the state.

Weeks after the chamber’s Judiciary Committee advanced the legislation, it cleared the full floor in a vote of 21-8 following a brief, 15-minute discussion.

The bill, sponsored by Sen. Tim Melson (R), would allow people with qualifying conditions to access cannabis for therapeutic purposes.

Melson is the same lawmaker who sponsored a similar bill that was approved by the full Senate last year but which later died without a House vote amid the coronavirus pandemic.

To qualify for the program, patients would have to be diagnosed with one of about 20 conditions, including anxiety, sleep disorders, post-traumatic stress disorder and intractable pain. Regulators would not be able to independently add additional conditions, leaving that decision up to lawmakers.

Advocates say they’re encouraged that medical cannabis reform is advancing in Alabama, but they’ve raised concerns about a number of aspects of the bill.

One problematic provision, they say, is that patients with chronic or intractable pain could only be recommended medical marijuana in cases where “conventional therapeutic intervention and opiate therapy is contraindicated or has proved ineffective.”

Patients would be allowed to purchase and possess up to “70 daily dosages of medical cannabis.” Under an amendment approved on the floor, the maximum daily dose was reduced from 75 to 50 milligrams. However, the amendment’s sponsor said it could be increased to 75 milligrams in some circumstances.

The revision also calls for a label on marijuana products to indicate that cannabis can cause drowsiness.

It also calls for a nine percent gross proceeds tax on medical marijuana sales. After covering implementation costs, 60 percent of revenue would go to the state’s general fund and 30 percent would go to research into the medical potential of cannabis.

Patients, caregivers and and medical cannabis businesses would receive legal protections under the proposal, preventing them from being penalized for activities authorized by the state.

For physicians to be able to recommend cannabis to patients, they would have to complete a four-hour continuing education course and pass an exam. The course would cost upwards of $500 and doctors would also be required to take refresher classes every two years.

Under the bill, regulators would be tasked with developing restrictions on advertising and setting quality control standards. Seed-to-sale tracking and laboratory testing would be mandated.

Other changes approved on the floor would add language to stipulate that gelatinous cannabis products cannot be sugar coated and insert provisions promoting good manufacturing practices and tamper-evident packaging.

A separate amendment that cleared the chamber added sickle cell anemia as a qualifying condition for medical marijuana.

Applications for cannabis business licenses would have to be accepted starting September 1, 2022 and then proceeded within 60 days.

The commission would be required to approve at least four cultivators, up to four processors, up to four dispensaries for the first year of implementation (more could be approved after that point depending on demand) and as many as five vertically integrated operators.

This bill’s reintroduction has been greatly anticipated by advocates. The Senate approved a separate medical cannabis bill in 2019, but the House later severely compromised it. The legislation as enacted would not have legalized patient access; rather, it set up a study commission to explore the issue and make recommendations.

The commission came back with its report in December 2019, with members recommending that medical marijuana be legalized.

The Senate’s president voted against medical cannabis in 2020 but said he is open to letting the issue advance again in the new session. Meanwhile, the House speaker said that “if the bill comes up and it has proper restrictions in it, then I’m open to at least debating it.”

There could be additional pressure on the legislature to enact legalization given that voters in neighboring Mississippi approved a medical cannabis reform initiative during the November election.