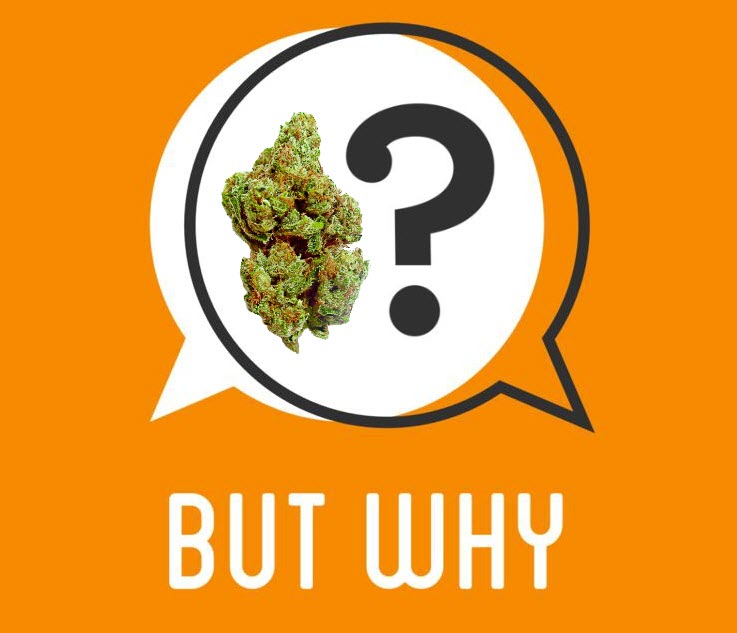 A funny thing happened on the way to legalizing weed in America, the Democrats jumped the shark on Federal marijuana legalization. Riding a ton of marijuana momentum since election day, when weed swept the voting ballots, going 5-for-5 on state initiatives on November 3rd, the Democrats scheduled to bring the MORE ACT, which VP-elect Kamala Harris is a co-sponsored, to the floor for a vote this December, in just a few weeks.

One problem, Kamala Harris is not VP yet, Joe Biden is not the president yet, and the Senate is still under Republican control, lead by Mitch “I don’t like marijuana” McConnell.  So why would the Democrats, knowing that the bill has no chance of passing the Senate right now, bring it to a vote on the floor of the house?  This is like knowing the final score of a game where you lost and decided to play it anyway.  See the discussion below on possible reasons from Vote Pro Pot Podcast!

After calling around for the obvious reason, just the opposite emerged from the cannabis industry executives I polled for this article.  No one really knew why the Democrats would do this right now, just a few weeks after the election but before the inauguration of the new House, Senate, and President.  Everyone threw out guesses, but no one really had a good grasp on the strategy behind this move.  Some interesting ideas tossed out were as follows:

The Georgia Run-Off – Let the Democrats pass the MORE ACT legalizing cannabis in the House this December to put pressure on the Republicans running for the two vacant, and still undecided, Senate seats in the state of Georgia.  Push this storyline now to make the Republican candidates come clean and in the open about how they feel about legalizing marijuana at the Federal level, and with voters supporting these measures at a whopping 68% according to recent Gallop polls, it would force Republican candidates to say YES on weed, or risk getting beaten by a Democrat supporting legalization.

Opinion Odds – 10% of being right, Georgia is a pretty red state and just because the House passes the MORE ACT, it doesn’t mean the Senate will even take it up for a vote until well after the January 5th Georgia run-off.

Lame Duck Congress vs. New Congress in January – Is there any advantages to a bill being brought to the floor of the House and being voted on BEFORE the new House and Senate is seated, as opposed to after January 20th?  Do the Democrats need to get an official house vote on the MORE ACT in order to pass it more easily over when a new Senate or House is seated in January? Can a new Congress vote on an old bill or does it need to voted on by the old session to get transferred over to the new Congress?  For example, if they held a vote on the MORE ACT, does that mean they can transfer it to the new Congress and only have to do minor tweaks after January 20th as opposed to trying to bring a vote from scratch with the new House and Senate?

The McConnell Factor – Mitch McConnell just won re-election, so he is not going anywhere even if the Democrats pull off a miracle and either tie the Senate at 50/50 or get control of the Senate at 51/49.  Since marijuana is running so strongly in the polls and with voters, could this be a move to put pressure on the current Republican Senators to “get with the times, and tax dollars in your state,” a “come to Jesus” moment for Republican senators in legal marijuana states?  Republicans could break rank if their state is enjoying the fruits of legalized cannabis like tax revenue, jobs, and lower unemployment costs. Do Republicans serving in the Senate want to move to a more moderate position knowing that a Democratic president and House are getting sworn in in January, maybe not moderate enough to approve big tax hikes and universal health care, but moderate enough to approve marijuana legalization?

Inauguration Day – The Democrats know this won’t pass the Senate, so it is a waste of time, right? Or do they know something we don’t know?  Do they have a backdoor deal cut to get it passed in the Senate even if McConnell says to squash it?  Could they be trying to get it passed quickly in both chambers so it is something President Biden can sign into law his first week in office?  With voter approval around 70% now for legalization, who ironic would it be for Kamala Harris’ co-sponsored bill that would remove cannabis from the Controlled Substance Act, be the first piece of legislation that President Biden signs into law in his first term?

The consensus from marijuana industry people from DC all the way to Sacramento was that it is great that the MORE ACT is coming to vote in the House, it won’t get past the lame-duck Senate, and no one is really sure what the Democratic strategy is behind “rushing” the MORE ACT to the House Floor for an early December vote.  Unless there is some technicality when passing a piece of the legislature from one seated Congress to the next, then why bring it to a vote when you know it will not get passed and the current president has no interest in signing a “Democratic talking-point bill” into law?

The House Wants to Vote on Legalizing Weed in December and No One Can Figure Out Why?

Cannabis Abstinence Is Tied To More Alcohol Use...