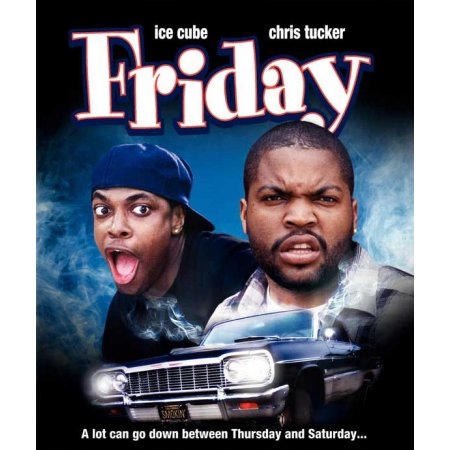 There have been some great stoner movies made over the last few decades. While Cheech and Chong’s work almost immediately comes to mind, there have been hundreds of other films throughout the years that heavily feature marijuana. Focusing on the 90’s, check out some of our favorite stoner films from a couple of decades back. In no particular order:

This comedy stars rapper Ice Cube and Chris Tucker as Craig and pothead/dealer Smokey, respectively, as we follow along their adventures on a particularly interesting Friday in the neighborhood. After losing his job on his day off, Craig spends most of Friday with Smokey getting high on the porch and watching antics of the crazy cast of characters that live on their street. Later on, things get a little bit tense when Smokey is unable to pay back his dealer for the weed he’d been smoking all day instead of selling. While full of laughs, the film does contain some serious messages about guns, violence and drug addiction.

A very fun coming of age story from Richard Linklater along the same lines as American Grafitti but set in 1976, this flick follows several group of kids from Texas on their last day of school. The seniors are reveling in their newfound status as the head honchos of the school but their plans for throwing a party to celebrate come crashing down due to some bad timing. All the while the new incoming freshmen deal with rites of passages that may seem more reminiscent of fraternity and sorority hazing than anything else (’twas a simpler time, I guess…). Chock full of great performances from then up and coming actors like Ben Affleck, Matthew Mcconaughey, and Milla Jovovich. Accompanied by a really great soundtrack that has you feeling like you’re riding along with the crew, this is one you’ll definitely need to check out if you haven’t already.

I know, I know. This one is technically from the 2000’s but it has a very authentic feel to its mid-nineties aesthetic and also includes another awesome soundtrack from artists of the time. This story takes place in 1994 and follows Luke, a young high school grad that sells weed and unusually receives counseling from one of his customers, a psychiatrists played by Sir Ben Kingsley, in exchange for herb. During the summer after graduation, Luke dedicates himself to selling more weed to earn money for his family which is going through some financial hardships and ultimately falls for his doctor’s stepdaughter. Though it may be a little offbeat for some, there’s a lot of heart to this sometimes quirky flick.

A hilarious spoof film from the Wayan’s Bros along the lines of The Naked Gun and Hot Shots, it makes light of all of the different tropes from the many “gangster” and “hood films” of the early to mid nineties. From Dead Presidents to New Jack City, no film was safe from their witty takes on the sometimes cliched and silly moments found in those movies. Be sure to check this one out. It’s rare to find a movie where a weed smoking grandma comes rolling down the street in a nasty ’64 blasting Wu-Tang!

What Regulations Have States Placed on Marijuana Advertising?