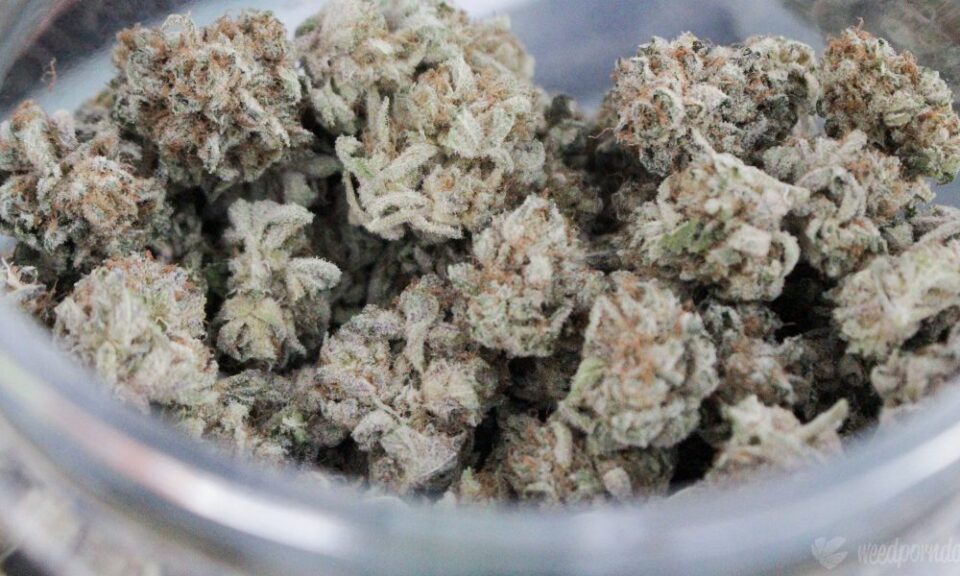 On the heels of announcing that marijuana reform will be a priority issue for the U.S. Senate in 2021, Majority Leader Chuck Schumer (D-NY) said on Tuesday that he urged attorney general nominee Merrick Garland to “respect the rights of states that have legalized marijuana” during a recent meeting.

Cannabis was one of only four specific policies Schumer mentioned in a two-paragraph statement issued following what the majority leader called “a very productive and important conversation” with Garland and President Joe Biden’s nominees for other top Department of Justice (DOJ) posts.

“We had a much-needed discussion that focused on police accountability, voting rights, federal marijuana enforcement policy, domestic terrorism and accountability for those who participated in the violent insurrection at the U.S. Capitol on January 6th,” Schumer said. “Specifically I urged that the DOJ make protecting the vote a top priority, commit all of its tools to advancing accountability and improving trust of police officers, respect the rights of states that have legalized marijuana and bring the participants in the January 6th insurrection attempt to justice.”

Schumer was one of a number of Democrats last year who pledged to advance marijuana reform in the Senate if their party retook control of the chamber. In December, the House of Representatives for the first time passed a bill to federally deschedule cannabis, but it failed to advance in the Republican-controlled Senate.

The new majority leader repeated the promise last week, telling MSNBC host Rachel Maddow that legalization would be a top Senate issue in the year ahead.

“There’s lots to do, and we have to succeed,” Schumer said, explaining that criminal penalties for cannabis regularly create devastating obstacles for otherwise law-abiding Americans.

“A young man is arrested with a small amount of marijuana in his pocket. He has a criminal record the rest of his life, can’t become a productive citizen—this one won’t hire him, that won’t hire him,” he said. “Change that.”

This week Schumer signaled he intends to make good on his pledge. On Monday, in a joint statement with Senate Finance Committee Chairman Ron Wyden (D-OR) and Sen. Cory Booker (D-NJ), he announced a plan to unveil legislation within the coming weeks to end cannabis prohibition at the federal level.

“We are committed to working together to put forward and advance comprehensive cannabis reform legislation that will not only turn the page on this sad chapter in American history, but also undo the devastating consequences of these discriminatory policies,” the three lawmakers said. “In the early part of this year, we will release a unified discussion draft on comprehensive reform to ensure restorative justice, protect public health and implement responsible taxes and regulations.”

He commended the nominees as “highly qualified individuals who will not repeat the unethical decisions of their predecessors.”

“Merrick, Lisa, Vanita, and Kristen have the needed expertise to fairly defend the interests of all Americans and provide equal and impartial justice,” he said.

In terms of their stances on cannabis, at least two of those nominees, Gupta and Clarke, have publicly indicated their support for federal legalization.

Gupta serves as the president of the Leadership Conference on Civil and Human Rights, a role in which she supported congressional legislation to legalize cannabis.

Clarke, president of the Lawyers Committee for Civil Rights Under Law, has also drawn attention to federal legalization efforts and tweeted a 2019 poll that found only 8 percent of Americans believe marijuana should be completely illegal.

Garland’s stance on cannabis is less clear, however. His only major ruling as a judge on the issue was on a 2012 federal lawsuit over a U.S. Drug Enforcement Administration (DEA) denial of a petition to reschedule marijuana. He joined the majority and upheld the DEA’s rejection, deferring to the agency’s interpretation of the drug’s medical benefit: none.

“Don’t we have to defer to the agency” when it comes to evaluations of research into marijuana’s therapeutic value? Garland asked during the oral argument in the case. “Defer doesn’t mean they win, but defer in the sense of we’re not scientists—they are—to the definition of what is an adequate and well-controlled study.”

While Schumer’s readout of his recent meeting with the would-be DOJ officials does not reveal how they reacted to his cannabis reform advocacy, even a tepid approach to the issue under Biden would be a marked change from former President Donald Trump’s Justice Department, which ranged from ambivalent to outright hostile toward state-level cannabis reform.

Trump’s first head of the DOJ, Attorney General Jeff Sessions, used the role to further his personal opposition to marijuana.

In 2018, Sessions rescinded what’s known as the Cole memo, a DOJ policy issued under President Barack Obama that said federal prosecutors should generally not interfere in states that had legalized some form of marijuana provided that they “implemented strong and effective regulatory and enforcement mechanisms.” It was one of the few federal policies that shielded state-legal cannabis from federal crackdowns like those that occurred throughout California prior to the memo’s 2013 enactment.

Though the DOJ has not actively prosecuted state cannabis systems since Sessions rescinded the memo, the move strained the uneasy standoff between the growing number of states that have legalized cannabis and the federal government, which has so far refused to budge.

Trump’s second confirmed attorney general, Bill Barr, pressed DOJ personnel to conduct investigations into marijuana company mergers, a move that other officials said was wasteful and motivated by personal animus toward the industry.

With Democrats now in control of Congress and the White House, the pendulum could soon swing the other way. And with a majority of Republican voters now in support of legalization, the policy change could be a rare opportunity to unite average Americans across party lines.

Schumer and other Democratic senators this week framed the issue as one of justice.

“The War on Drugs has been a war on people—particularly people of color,” the lawmakers’ joint statement said. “Ending the federal marijuana prohibition is necessary to right the wrongs of this failed war and end decades of harm inflicted on communities of color across the country.”