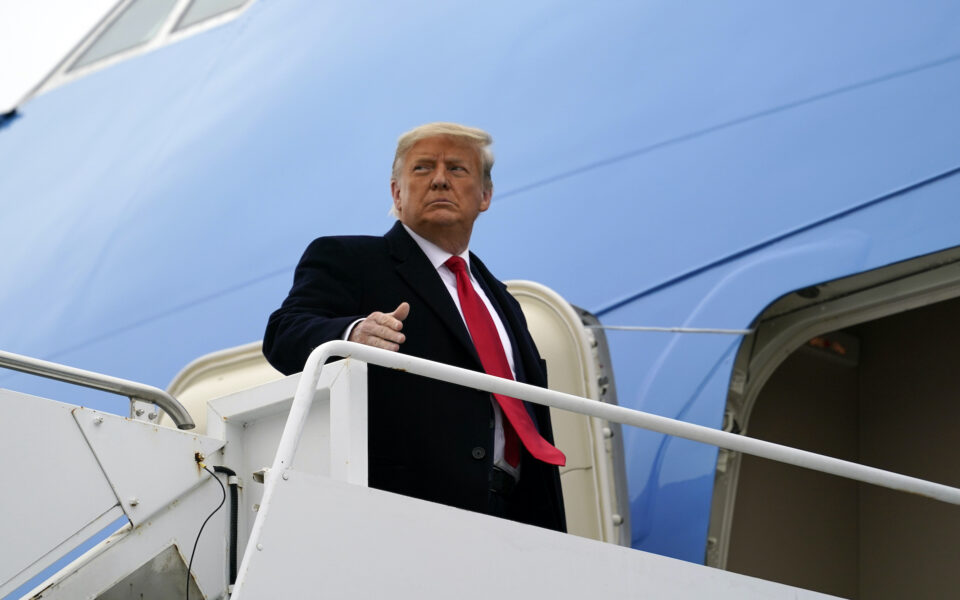 When President Donald Trump issued his last-minute pardons early Wednesday morning, much of the attention went to the official forgiveness he lavished on his friends and cronies. But for a few people convicted of past marijuana-related offenses, Trump’s relentlessly stormy tenure also ended on an upbeat note. Among the 143 people Trump granted pardons or commuted sentences were 12 whose lives were upended by the nation’s failed drug war.

Advocates hailed the move. “These pardons and commutations, especially when considered in light of the recent momentum behind legalization on the state level, are further evidence of the overwhelming bipartisan support for broad-based cannabis policy reforms,” said Sarah Gersten, executive director and general counsel of the Last Prisoner Project, a not-for-profit organization dedicated to cannabis criminal-justice reform.

Gersten noted that she hopes more of the same is coming from the incoming president, with about 40,000 people “still suffering behind bars due to our country’s unjust and inequitable policy of cannabis criminalization.”

You can help free America’s cannabis prisoners. Here’s how

Trump’s pardons, announced with less than 12 hours to go in his term, will free 10 men and one women from prison, and pardon another who was already released.

Those who received pardons or commutations are listed below.

Craig Cesal has been serving a life sentence for possession and conspiracy to distribute cannabis. The Chicago-area resident was a nonviolent offender who told the Washington Post: “My crime was that my truck repair business in Chicago fixed trucks operated by a Florida long-haul trucking company whose drivers trafficked marijuana in the south.”

In 2002, U.S. border agents at a checkpoint in Texas discovered 1,500 pounds of marijuana wedged into a hidden compartment in one of his trucks. DEA agents trailed the truck to Georgia, where the cannabis was delivered. Cesal told the Chicago Sun-Times that he “never received any direct revenue from marijuana.”

The White House said Cesal “had an exemplary disciplinary record” and “looks forward to reintegrating back into society and to contributing to his community.”

Ferrell Damon Scott had served nearly nine years of a life sentence for possession with intent to distribute marijuana when Trump commuted the rest of his sentence.

In 2007, according to Scott’s account, he was arrested for transporting shipments of cannabis, which today is a legal job in dozens of states. Scott turned down a plea deal for 12 years—reasoning that that was too much time for a marijuana offense—and wound up facing life behind bars.

Trump’s statement noted that the prosecutor who tried his case “strongly does not believe that [Mr. Scott] deserves a mandatory life sentence,” and that under today’s sentencing guidelines, Scott “would not have received such a harsh sentence.”

Corvain Cooper served more than 7 years of a life sentence for nonviolent participation in a conspiracy to distribute marijuana. After growing up in South Central Los Angeles, Cooper opened his own retail clothing store in his old neighborhood. In 2013, he was arrested for playing a minor role in a marijuana distribution operation.

By refusing to name others, and by choosing a trial rather than accepting a plea deal, he wound up with a three-strikes sentence far worse than his more-culpable co-conspirators.

If his trial took place today, the judge could have followed “his stated desire for a sentence less than mandatory life,” according to the National Association of Criminal Defense Lawyers. Instead, Cooper was sentenced to life in federal prison. The original arrest charges that led to his life sentence are today treated as a misdemeanor under California state law.

John Knock is a first-time, nonviolent, marijuana-only offender who served 24 years of a life sentence.

He was convicted on conspiracy charges related to a plot to import cannabis from Canada and Europe.

Knock wrote on a website requesting clemency: “I have been incarcerated for this offense for twenty years and am no doubt approaching the twilight of my life… I beg for mercy, compassion and forgiveness and a chance for a second chapter in my life.”

After his arrest in 2010, James Romans was sentenced to life in prison for his role in a conspiracy to distribute marijuana.

Romans was working low-wage construction jobs in suburban Indianapolis in 2004, struggling to support his kids by selling cannabis on the side. Eventually Romans joined a larger distribution ring, where he worked as a middleman, relaying money from about 15 lower-level dealers to an old friend who acted as his boss.

“I knew there could always be consequences,” Romans told a HuffingtonPost reporter in 2013, but he never imagined his role would lead to life in prison.

The Huffpost reported that the federal judge in his case pointedly ignored a movement toward lessening marijuana sentences. “ “I think it’s misguided, the places that have” lowered cannabis sentences, she said. “So I don’t agree with that.” She added: “I think a life sentence is appropriate in this instance.”

Michael Pelletier was 13 years into a life sentence when Trump commuted the rest of his prison time.

According to officials at the Last Prisoner Project:

“After losing the ability to use his legs at a young age, Michael discovered the therapeutic benefits of cannabis. He was arrested for importing marijuana from Canada to the US and because of two prior marijuana charges, received life in prison without parole.​”

Pelletier is a self taught artist whose work can be seen and purchased on his website.

He was already under consideration for release from federal prison in Maine because of health issues. He was serving time for distribution and conspiracy convictions and had a spotless disciplinary record.

Trump commuted the sentence of Noah Kleinman six years into a nearly 20-year prison term. Kleinman was convicted of illegally distributing marijuana in California in 2014.

Kleinman worked outside the lines during California’s medical marijuana years, using legitimate medical dispensaries as a cover to run bulk shipments of illicit cannabis to non-legal states like New York and Pennsylvania.

A federal judge sentenced him to more than 17 years in prison. Read more about his story at pow420.com and the Los Angeles Times.

Way Quoe Long is a a non-violent offender who has been serving one of the toughest sentences for cannabis ever handed down in a federal court. By the time of his pardon this week, he’d served almost 25 years of his 50-year sentence for conspiracy to manufacture and distribute marijuana.

LPP notes that “Long spends his time in prison performing and writing music. He is currently writing an album entitled Rose Among Thorns. Though he has no means of recording from prison, he hopes one day the world may be able to hear his music. Way is currently being assisted through LPP’s compassionate release program.”

After more than 13 years in prison, Anthony DeJohn will be released from a life sentence imposed for conspiracy to distribute marijuana. More of his story can be found at the website pow420.com.

Brian Simmons served five years of a 15-year sentence arising from a non-violent drug offense. He was sentenced in 2013 for conspiracy to manufacture and distribute cannabis.

Jonathan Braun served five years of his 10-year sentence before receiving Trump’s commutation. He was convicted of conspiracy to important marijuana and to commit money laundering.

Lynn Barney was given a full pardon after having already served 35 months in prison. He was sentences for possessing a firearm as a convicted felon, having previously been arrested for distributing a small amount of marijuana. Trump’s statement described him as a “model citizen.”

Dave Howard is a national magazine editor and award-winning author. His most recent book is Chasing Phil: The Adventures of Two Undercover Agents With the World’s Most Charming Con Man.

Why Amazon Will Suck at Selling Weed

When You’re Smoking in the Garage & Think...

Artist Daniel Allen Cohen, AKA This Is Addictive,...