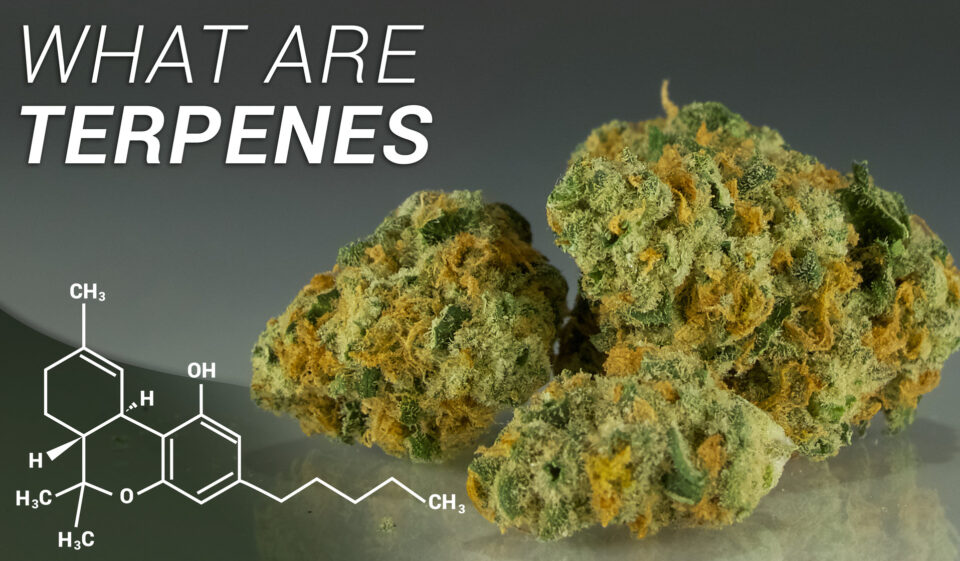 The growth of cannabis over the past couple of years has been nothing short of astonishing, unlike before when little to nothing was known of cannabis and the numerous compounds present in it we now know a lot about what cannabis entails. Of the numerous compounds present in cannabis, one that seems to be gaining the attention of the majority is terpenes. Why does everyone keep talking about terpenes? Read on to find out!

Over the past couple of years, the works of research centered on terpenes have increased greatly, unlike before we now know a lot about the phytochemical compound. The terpene sector has also enjoyed modification and transformation of flavor and fragrance mechanisms that have hugely influenced their impact. The impact of terpenes has been sufficiently seen in cannabis, foods, beverages, and consumer goods industries.

The purpose of this inquiry into terpenes is to educate you about terpenes, what they entail, how they’re isolated, the benefits that can be gotten from the natural compound, and so on. Read on as I explain why everyone is talking about terpenes.

By simple definition, terpenes are aromatic organic compounds that exist in plants. It will not be wrong to also define terpenes as essential oils found in plants. Plants play host to different types of phytochemical molecules. Examples include alkaloids, flavonoids, cannabinoids, and terpenes. These phytochemical molecules account for some of the effects the plants and their fruits have on the body.

Terpenes exist in all plants and fruits where they facilitate different effects when they come in contact with systems in the body. These effects facilitated by terpenes can deal with sensations in terms of flavor and fragrance or medical benefits such as pain relief. Lemon for example gives a strong sensation when a burst of limonene (a terpene) reaches the nose. This sensation is very strong as its impact radiates through the body. This same limonene when isolated and applied as a topical can be used to reduce inflammation and also has the potential to fight diseases.

The unique characteristic of terpenes like that of limonene is one of the reasons why scientists are paying close attention to terpenes and their usefulness. All plants differ in terms of the mixture of terpenes that are present in the plant. This helps to make the plants unique as the same terpenes can exist in different plants and their concentration affects the effects and sensations they give in such plants. Lemon for example has limonene as its major terpene while the major terpene in mango is myrcene. The presence of these terpenes gives such plants different flavor and fragrance orientations.

This is the same with different cannabis strains as they contain a different mixture of terpenes in varying concentrations. This is evident in the different flavor and fragrance orientation of Sativa, Indica, and hybrid species. The composition of terpenes in the cannabis species determines the flavor to be expected from such a strain. Natural terpenes also help to augment the medicinal benefits of cannabinoids in cannabis. This happens through the entourage effect of cannabinoids such as THC and CBD and terpenes. The unique aroma promoted by terpenes helps the cannabis industry to retain loyalists as the unique flavor and aroma of cannabis strains is known to play a huge role in attracting cannabis users.

The usefulness of terpenes has necessitated the isolation of the beneficial compounds to further facilitate their use. This has been spearheaded by special firms like ABSTRAX who have gone ahead to use terpene R&D manufacturing technology to identify terpenes. ABSTRAX has used this technology successfully to identify over 400 terpenes derived from cannabis using 3D metabolite fingerprinting technology. This technology is also applicable to isolate hidden aroma and fragrance compounds that can be of use in the flavor and aroma industry.

This method of analysis and further isolation generally applies to different plants and can be easily applied to simple cannabis strains. The goal is to identify compounds that can be used to impart aroma and fragrance. These compounds can then be cataloged and arranged in terms of their quantity in the analyzed strain. This analysis and further isolation can also be used to recreate the physiological effects using terpenes derived from cannabis or other botanical sources.

Though the laws surrounding terpenes are not well-defined, a lot of cannabis companies are still working on different possible applications of the aromatic compound. This has led to the discovery that the flavor and aroma of popular cannabis strains can be recreated using non-cannabis botanical sources. These terpenes can then easily be applied to vape blends, edibles, rolling papers, beverages, alcohol, and scented candles.

Identification of the terpene profile of cannabis and other botanical sources has helped to develop terpene blends. This has in turn been used to produce authenticated products like distillate vape terpenes, terpene-infused rolling papers, and Live Resin Vapes by firms in California. Terpene blends help to bring the terpenes present in different cannabis strains together. This can then be used to produce similar physiological effects in infused products meaning it can impart energy, increase creativity, and promote relaxation.

Research and testing for terpenes

The process for identification and isolation of terpenes requires mastery of mapping for cannabis terpene profiles. From the flowering stage to extraction, it is important to put quality testing standards in place so they can be used for metrics. They can also serve to provide data that will educate and inform others in the cannabis industry. This ensures that the product is free from residual solvents, heavy metals, and residues of pesticides.

Research into terpenes has taken a multifaceted approach with the growth in attention paid to the compound. Some parts of the researches are designated to sensations such as specific smell or flavor and how they can be incorporated into other products such as food and edibles. Others are directed towards understanding the dispersal of terpenes in flowers and how terpenes can be described by their intended effects.