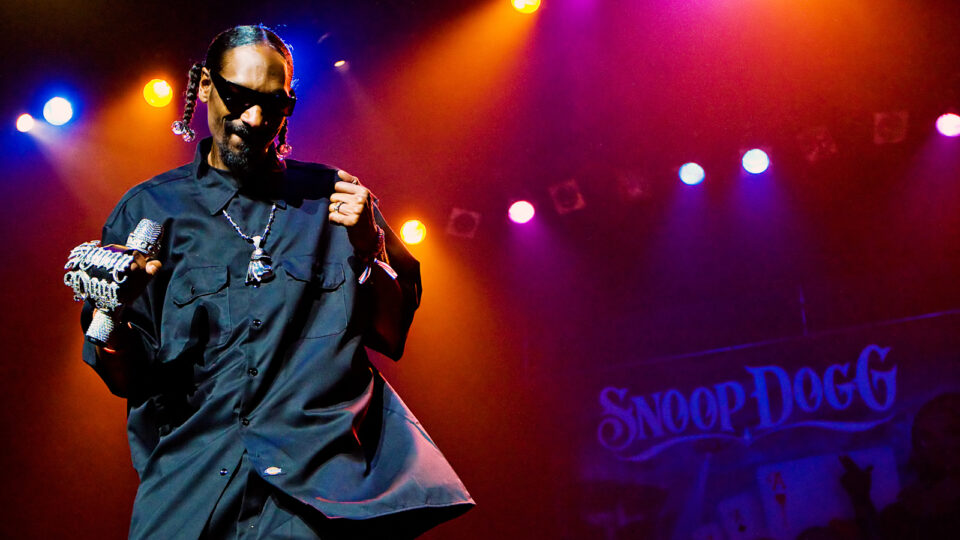 Sometimes I get high is a series about the activities you do or things you think about when you’re high, in deep detail, for the fun of it.

Though most people have long forgotten its existence, I’ve never really been able to. To appreciate the short-lived MTV series, you had to be in the right place, at the right time, with the right bong. Through some cosmic coincidence, I was the perfect audience for Snoop Dogg’s campy take on the variety show, and I’ve held a nostalgic fondness for it ever since. No matter how many times I’ve brought it up, I’ve never met anyone else who remembers its insightful humor and long-lasting impact.

When the show aired between 2002 and 2003, I was in high school and just starting to explore Southern California’s cannabis culture. Needless to say, it was a different time then. Strains were limited to OG Kush or Blueberry Kush — if you were lucky enough to be smoking kush at all. Legal cannabis was restricted to medical patients sourcing their weed from nonprofit collectives or their own gardens. That meant copping a $20 gram took a half hour on your dealer’s couch, minimum.

When I was unlucky, I’d get stuck watching my plug play Vice City. When I was lucky, we’d watch Doggy Fizzle Televizzle while ripping blazing hot dabs off glowing titanium nails. More than just a flimsy vehicle for a charismatic rap star, the show’s politically aware and proudly Black humor helped set the stage for the later success of shows like Chappelle’s Show and The Boondocks.

Given the prevalence and popularity of extended skit tracks on nineties rap albums, maybe we should have seen it coming. Tracks like “The $20 Sack Pyramid” — The Chronic‘s depiction of a surreal game show where the prizes include “a $20 sack of indo” — showcase Snoop’s willingness to get weird. Cameos like his role as the “Scavenger Smoker” in the 1998 film Half-Baked cemented his place in the stoner comedy hall of fame.

Based on the popularity of his laidback persona, Snoop was able to negotiate for full creative control of Doggy Fizzle. “We knew that he was just naturally comfortable with being funny,” an MTV development executive told the Associated Press. “We knew we wanted to build something around his personality, a personality that’s cool.”

To me, the clip that sums up the show’s absurdist humor best is a segment where the crew heads to Color Me Mine to decorate pottery. Snoop cooks ribs in the kiln, paints a bust of Elvis, and offers a bespectacled grandmother a large ceramic rooster with a raunchy double entendre.

Some of my favorite moments are the most fleeting and ridiculous, like when Snoop shows off his dance moves dressed like Napoleon Bonaparte, or shoots hoops in a full-body crocodile costume. As newscaster “Sway Dizzle,” Snoop uses the format of the MTV News Break to send shots at Eminem. Herbal Essences commercials, The Godfather, and The Brady Bunch are all targets of parodies, while imaginary products including Rap-O-Grams, Haterade, and Aunt Jomama’s Fine-Ass Granddaughter Pancake Syrup make an appearance.

“I think on this TV show, I give myself roles that you wouldn’t expect me to have, because I know what I can do and I know how far I will reach out to do those types of roles,” Snoop told a reporter. “It just gives me a chance to show them how diverse I am.”

In many ways, the show is a television time capsule of the early 2000s, a time when Girls Gone Wild commercials ruled the night and socialite Paris Hilton was transforming herself into The Simple Life‘s star. MTV had seen great success with The Osbournes, in many ways inventing a new genre of reality television that continues to this day.

In one particularly ’00s segment, Snoop Dogg dons a matching turquoise velvet smoking jacket and durag to visit the Playboy Mansion, touring the grotto with bunnies a few years before their own television stardom on The Girls Next Door. Seated next to the late Hugh Hefner on a leopard print couch, he meekly asks, “Can someone call my wife and tell her I’m at church?”

Like most transgressive and topical comedy, some jokes seem painfully dated by today’s standards. Sometimes, however, those moments also remind us how little things have changed. A frequent butt of jokes is the “wigger,” which Snoop describes as “the number one problem facing white people today.” Despite their “low-riding baggy pants, poorly-executed gang signs, and intentional use of poor grammar,” the show portrays them as relying on their white privilege when it comes to escaping police violence (or invoking it against others). In some ways, these sketches laid the formative groundwork for me to understand today’s conversations around blackfishing and cultural appropriation.

Of course, cannabis-related humor is timeless, especially when helmed by one of history’s most famous potheads.  Snoop shares a self-help program “to beat the green-eyed devil,” with twelve steps to help you stop smoking herb. Rapper Redman lends a testimonial: “Thanks to Snoop, I done quit weed over three hundred times this week! You the man.”

“Uncle Snoop” continues to entertain his fans through colorful Instagram videos, sports commentary, and shows like Martha & Snoop’s Potluck Dinner Party. Meanwhile, Doggy Fizzle Televizzle has never made it to any streaming platform. The complications posed by licensing the soundtrack, which is full of hit songs from artists like Ja Rule and Sean Paul, likely means the series will continue to languish in obscurity.

All the same, when I get a little too high, I’ll sometimes remember the strange time when Snoop Dogg starred in a surprisingly decent sketch comedy show. Though I can’t find many to reminisce about it with me, that doesn’t really matter. It feels like the show was made personally just for me. I like to think of it as a gift from the universe, or perhaps the patron saint of stoners everywhere, Bigg Snoop Dogg himself.

Chelsea Handler opens up about therapy, her return...