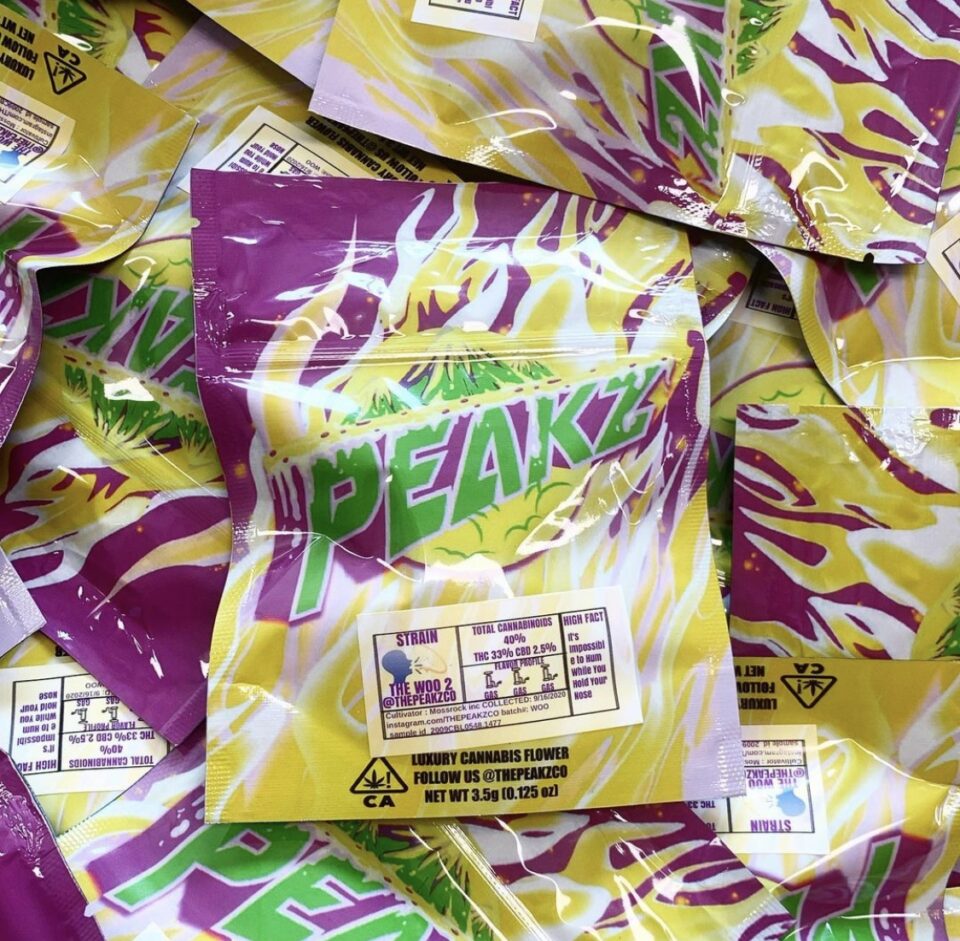 In the cannabis world, we like to say cannabis is for everyone. It now grows on almost every continent. Civilizations across time and space have documented its use and value. The data would agree; Black and white Americans use cannabis at similar rates. In some places, like NYC, whites toke even more.

President Biden has called for federal decriminalization and floated the idea of providing aid to states who want to immediately expunge all those with cannabis-related records. But questions of equity and diversity in the industry still don’t have clear answers.

Despite more than half the country (33 states) having legalized cannabis in some form, Black Americans are still more than three times more likely to be arrested for a non-violent cannabis crime than white Americans, the ACLU finds. Equity as a tenet of the industry wasn’t introduced until minority communities in Oakland and San Francisco pushed for it back in 2017. A vast majority of cannabis business owners (three-quarters) remain white.

Blacks contribute mightily to the industry and culture of cannabis, so we researched who has the top-shelf, and spoke to pioneers about a life-changing year, and where cannabis lovers can put their dollars to make cannabis an industry for everyone.

Black-owned cannabis businesses exist in every state, but there’s no better place to start than the country’s oldest, biggest legal cannabis market—California. The Golden State is where the term ‘cannabis dispensary’ was coined, where equity programs got their start, and the most Black-owned canna-businesses are flourishing.

Oakland Extracts co-founder Terryn Buxton has been in this game a long time. Born and raised in Oakland, Buxton got into cannabis after graduating college, budtending at local dispensaries Harborside and Magnolia Wellness. He initially wanted to go into edibles before discovering the potential in extracts, and has never looked back. His wax cookies were a staple at many medical marijuana dispensaries back in the day, culminating in a brand complete with a tagline and logo by 2013. After Proposition 64 went into effect in 2018, Buxton had to step back in order to meet new industry requirements, and did not want to make any deals he might regret.

A new partnership with Jetty Extracts fit the bill, and Oakland Extracts is now selling two types of extracts—crumble and sugar—from strains like Cherry Cheesecake and Confetti Cake. As someone who far predated the equity program, Buxton appreciates the growing collective awareness about equity and Black-owned businesses, but it’s not a quick fix to an industry he says talked down to him for years.

“I never felt the cannabis industry was diverse, so I have a level of responsibility to the community to make this company successful,” he says. “Cannabis can be a community supporting thing. I am rooted in Oakland, and passionate about the community.”

Jessie Grundy also grew up in Oakland, albeit a generation later than Buxton. He remembers his dad growing cannabis in the house when he was a child, but he wasn’t allowed in the room. A social-media-savvy millennial, Grundy wanted to bring swag to a cannabis industry that, to him, didn’t speak to his generation. He met the requirements for an equity application and has cemented himself in millennial stoner culture in just two years thanks to colorful branding and consistent, quality product that isn’t backed by venture capitalists.

“When people think Peakz, I want people to think of Black-owned, millennial-owned, somebody’s who’s a hustler.”

“When people think Peakz, I want people to think of Black-owned, millennial-owned, somebody’s who’s a hustler,” he said.

Since Peakz made its first recreational sale in February 2019, popularity has spiked. Grundy designs all the jars and mylar bags, and works with a handful of indoor cultivators to curate his menu of strains that include Tiger King and The Woo 2. He tries to work with Black cultivators when he can, but there aren’t many. Despite his accrued popularity, he doesn’t’ consider himself a celebrity, and finds many celebrity-backed cannabis brands devoid of diversity.

“When I first got [licensed], I was trying to hide my Blackness,” he says. “When it comes to brands, [often] the Black-owned brands are celebrity brands that came with a name.”

But Grundy says all it takes is a Google search to see that, despite the endorsement, people of color are kept out of executive roles, and “it’s really disrespectful. You can’t tell us were not qualified. There are plenty of roles in corporate companies for Black people that we’re really good at.”

After retiring from over 15 years in the NBA, former Golden State Warrior Al Harrington saw a new venture in cannabis. He’d experienced the efficacy of CBD products after a knee surgery gone wrong, and his own grandmother, the eponymous Viola, used medical marijuana to treat her glaucoma. What started as Al Harrington Wellness is now Viola Brands, an umbrella of extracts, vaporizers, and flower now available in California, Michigan, Nevada, Arizona and Oregon in addition to its home state of Colorado.

Entering the cannabis world as a celebrity can be tricky, especially with increased wariness about vampiric investors, grifter partners, or if the weed is even loud. In a September press release, Harrington made clear that “It is our responsibility as Black leaders to be the driving force and inspiration propelling the culture and our communities forward.” Viola Brands launched Viola Cares, an equity incubator, in February of last year to address the gaps in mentorship and investment for Black-owned cannabis businesses, even those who benefit from local equity programs.

Not a lot of people can say they have SF Roots, but company founder Morris Kelly can. Growing up in the city’s Sunset district, Kelly saw cannabis all the time on nearby Haight Street, and sold it casually. An endeavor making edibles for medical dispensaries in the mid-2000s sparked the idea for his own brand. SF Roots was born to bridge the gap between cultivators and distributors, and thanks to the “godsend” mentoring of the San Francisco equity program and Office of Cannabis, Kelly never had to pause his brand to meet compliance in 2018.

Competing against bigger brands has often felt like an uphill battle, compounded by the fact his office was burglarized alongside dozens of other cannabis businesses back in June. Like Buxton and Grundy, Kelly has not sought funding from white investors or partnered with the “Chads and Brads” of the industry.

“As a Black man, you see what’s going on, and as a business owner, you try not to be destroyed,” says Kelly. “For always having the odds stacked against you, you’re used to getting yourself out of hard situations.”

By following a “slow and steady” mantra, Kelly and SF Roots have done just that. They’ve stayed in operation despite setbacks, and in addition to their eighths and prerolls, have launched a new collaboration strain with designer Al Freshko called Al Ajo OG and a forthcoming surprise with Vegan Mob, one of Kelly’s childhood idols.

You can purchase SF Roots products at dispensaries like Berner’s on Haight, and through delivery service Eaze.

Fans of the 1984 classic “The Karate Kid,” rejoice! Founder Chris Ball wants to keep his business in the family. Raised in Southern California, Ball attended UC Berkeley before entering the National Football League. Upon returning to Los Angeles, he applied to Los Angeles Social Equity Program and now runs the vertically-integrated Ball Family Farms. The initial offerings, Daniel LaRusso, Bonzai Tree, and Miyagi-Do were a hit all over the state, with a new crop of strains named after characters from Michael Schultz’s “The Last Dragon.”

A new flower offering, “Reign,” is actually a collaboration with Harrington’s Viola Brands, and will donate a percentage of the proceeds to Root & Rebound, an advocacy organization.

Former-NBA player John Salley and his daughter Tyla provide high-quality product education alongside cannabis. In addition to the flowers, the brand has created Deuces Academy to generate educational content, fun facts and cannabis information throughout history.

Not many rappers can monetize their love of cannabis like Xzibit. The veteran spitter recently released his Napalm grenade joints, an eight-gram concoction of flower, lie resin and an infused paper. They blew up this year with the popularity of the early-quarantine Kush-ups challenge.

Lobo founder Eduardo Whittington used to work at Puffco before breaking out on his own. His cannagars pack upwards of a quarter-ounce of flower and extract into a hemp blunt wrap and glass tip for optimal smoke. They also have a hemp version for fans outside of recreational states.

Black-owned dispensaries around the Bay and beyond:

If you can’t nab the products themselves, you can still buy weed at a Black-owned dispensary or place an order from a Black-owned delivery service, many of whom also partner with Black-owned brands.

You can find more Black-owned businesses in your home state and across the US with resources like the Cannaclusive InclusiveBase, Emerald Magazine’s list, Put Color Back in Cannabis, and good old fashioned social media sleuthing.

And look out for more Leafly profiles of diverse businesses, state by state, in 2021.

Amelia Williams is a long-time budtender and cannabis writer from San Francisco. She has contributed to MG Magazine, Culture Magazine, Cannabis Now, the San Francisco Chronicle’s GreenState and is the author of Barbary Coast dispensary’s Bud Blog.

South Dakota May Let Banks Choose Whether To...