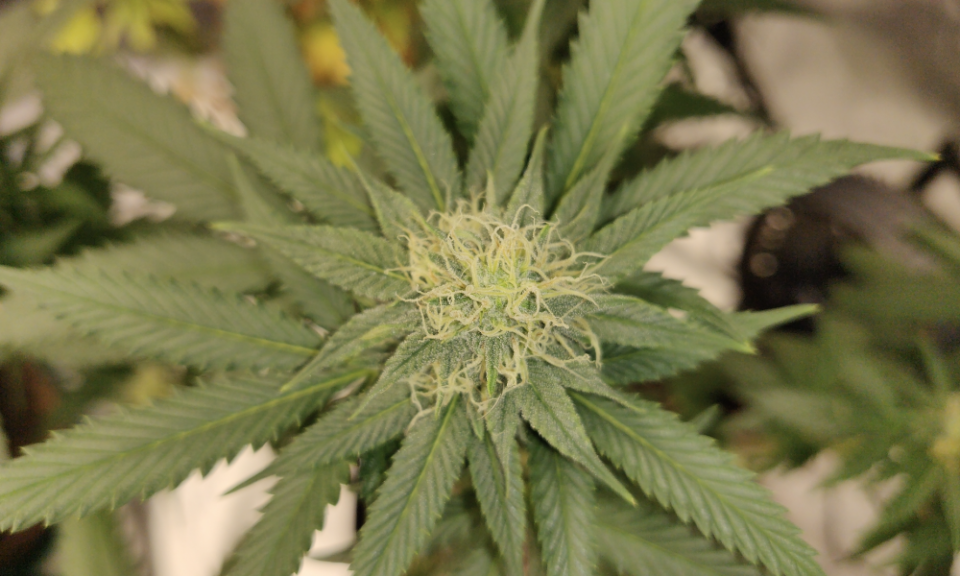 A resolution to amend the Idaho Constitution in a way that would prevent marijuana or other drugs from being legalized in the state advanced through a Senate committee on Friday, creating complications for activists who are seeking to put cannabis reform measures on the 2022 ballot.

The Senate State Affairs Committee approved the resolution along party lines in a 6-2 vote, moving it to the full chamber for consideration.

It stipulates that “the production, manufacture, transportation, sale, delivery, dispensing, distribution, possession, or use of a psychoactive drug shall not be permitted in the state of Idaho.”

It would make an exception for substances that are approved by the federal Food and Drug Administration (FDA), but it would effectively kneecap efforts to establish a medical cannabis program that looks anything like those implemented in other legal states.

Watch the panel discuss the constitutional resolution on psychoactive substances below:

Part of the complication is that, should the legislature approve the resolution, sponsored by Sen. C. Scott Grow (R), it would put a constitutional initiative on the state’s 2022 ballot that would take precedence over any statutory legalization measures that appear alongside it, regardless of the margin that any measure ultimately gets approved by.

Activists are dealing with this development as they work to collect signatures on an initiative to legalize medical cannabis and while a separate group is preparing to place adult-use legalization before voters.

The committee-approved resolution says that the “normalization of illicit drug use is having a profound negative impact on Idaho citizens” and, therefore, it is “reasonable and necessary” to enact the constitutional change.

But to advocates, the request is anything but reasonable and is intended to undermine the democratic process, misleading voters by neglecting to directly explain how the measure would impact medical cannabis reform efforts and instead referring broadly to “psychoactive drugs.”

Here’s the language of the constitutional amendment that the lawmakers hope to place before voters:

“Shall Article III of the Constitution of the State of Idaho be amended by the addition of a new Section 30 to provide that the production, manufacture, transportation, sale, delivery, dispensing, distribution, possession, or use of certain psychoactive drugs shall not be lawful in the State of Idaho unless such drugs are: (a) approved by the federal Food and Drug Administration and permitted by the state; (b) lawfully prescribed; and (c) lawfully dispensed?”

If approved, that would mean that Kind Idaho’s medical cannabis legalization measure and another initiative in the works to legalize for recreational purposes would be rendered null and void, regardless of whether a majority of Idahoans passed either of them.

—
Marijuana Moment is already tracking more than 450 cannabis, psychedelics and drug policy bills in state legislatures and Congress this year. Patreon supporters pledging at least $25/month get access to our interactive maps, charts and hearing calendar so they don’t miss any developments.

Learn more about our marijuana bill tracker and become a supporter on Patreon to get access.
—

Beyond opposition from activists, Grow’s resolution is also facing personal pushback from a relative of his who moved to neighboring Oregon so that she could treat symptoms of her multiple sclerosis with cannabis.

In a letter shared by the Idaho Citizens Coalition (ICC) on Friday, the husband of the senator’s sister-in-law, Keith Detro, said that few people “have had the opportunity to witness firsthand, investigate and discover for them-self the potential benefits of medical marijuana than Mr. Grow.”

“Mr. Grow’s sister-in-law no longer needs to muffle her agony. She no longer suffers from intense constipation, ‘picking’ at her skin, insomnia addiction, rebound headaches and other opioid side-effects. She no longer needs to face the risk of overdose,” he wrote. “But to receive this treatment, she must leave the State of Idaho. She must escape the tired rhetoric of those who will oppose a thing without exploring a thing, even when it exists within their own family.”

Russ Belville, who previously served as a campaign spokesperson for ICC and is now the chief petitioner of the recently proposed Idaho Marijuana Legalization Act, explained the political dynamics at play in a Facebook video on Friday, following the committee vote.

He said that supporters of the resolution will attempt to put forward a narrative that misleadingly suggests that it would prevent the legalization of drugs like cocaine and meth. The committee gave a preview of that argument in the hearing, where much conversation was dedicated to Oregon’s voter-approved drug decriminalization initiative.

“When this goes before the voters, you know they’re gonna sell it as, ‘Oh, this makes drugs illegal. We don’t want legal cocaine, we don’t legal meth, we don’t want legal heroin. We don’t want to do like Oregon does and have legal drugs’—which Oregon doesn’t, but they’re gonna say it that way,” Belville said. “A lot of people who don’t pay attention might be fooled into thinking, ‘Oh yeah, we want to ban illegal drugs, we don’t like cocaine and meth,’ and not realize that it bans medical marijuana forever.”

But it’s not just the resolution that could derail reform efforts. A Republican lawmaker also plans to introduce a bill this session that advocates say would create a seriously limited medical marijuana program.

If the legislation is enacted, advocates worry that it would undermine any measures that may go before voters next year, giving the impression that the state already has an effective medical cannabis system in place and raising questions about why they would need to approve an additional reform.

As it stands, the state is already mostly surrounded by neighbors that have legalization on the books—with Montana voters approving the police change in November.

An attempt to put medical cannabis reform on Idaho’s 2020 ballot was abandoned due to signature gathering complications caused by the coronavirus pandemic. Advocates briefly had hope that a federal court ruling on an unrelated campaign’s request for electronic petitioning could help them qualify last November, but that was overturned by an appeals court.

Meanwhile, activists in Nebraska are also seeking to put both medical and adult-use cannabis on that state’s 2022 ballot. They also attempted to have voters decide on a medical marijuana legalization measure last year, but the state Supreme Court rejected the bid following a technical challenge.

Ok jokes aside this actually is very serious....