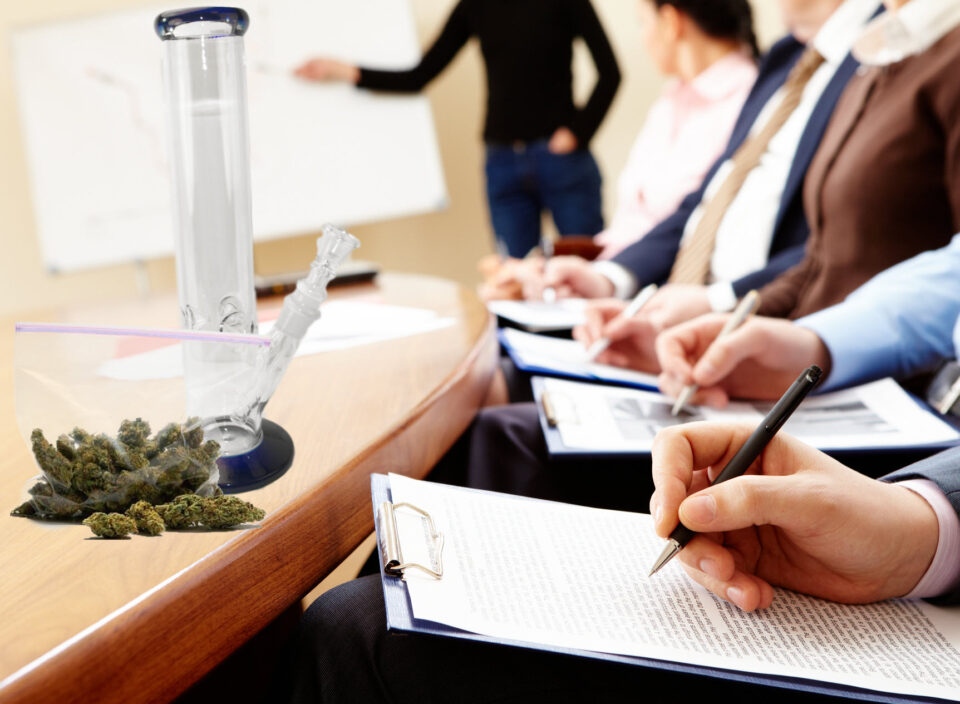 The cannabis industry on the wheels of acceptance and decriminalization has grown into a huge industry over the years. This has allowed the industry to grow considerably as more players,  stakeholders, and investors are coming in and new departments and new levels of innovation are rising. Cannabis entrepreneurs have played a significant role in making the industry larger in terms of generated revenue and worth. This has made the cannabis industry one of the top industries of the US and everyone is looking for a way to be a part of it. Topping the list of entities looking to get involved in the cannabis world are consumer product companies looking to gain from the popularity of cannabis and its products.

With the reduced stigma and growing acceptance from the public, these companies found it easy to create a niche for themselves in the cannabis industry. Top companies are already jumping on this growing trend and those that haven’t are seen as not being forward-minded.

Top companies that have entered the cannabis industry

The media had everyone in a frenzy after the news that Coca-Cola was entering the cannabis space. The media failed to provide substantial information about this move and many suggested it was similar to the move made by Constellation. However, there was a huge difference between the interest of both companies that further showed how diversified the cannabis industry is.

The major concern of Coca-Cola in the cannabis industry is cannabidiol (CBD). CBD is the non-psychoactive cannabinoid in the matrix of the cannabis plant. Unlike THC, CBD has no intoxicating or euphoric effect. Instead, it helps to promote calmness, relaxation, relief from pain, and anxiety-related problems. This interest of Coca-Cola in CBD manifests as CBD-infused beverages which are quite different from beer and spirit. These forms of beverages without euphoric effects are quite similar to Smartwater as they do the body a whole lot of good with medical benefits.

CBD has a unique advantage compared to other components of cannabis because it can be gotten legally from hemp. The 2018 Farm Bill gave companies like Coca-Cola legal right to infuse drinks with CBD gotten from hemp. This was a monumental move for the cannabis industry that all but changed the look around markets and regulation. CBD derived from hemp can easily be used to create a large market without the issue of federal restrictions hanging over the heads of business owners. Hemp grown domestically can easily be utilized and transported within the country. Likewise, it can also be imported into the country and utilized since there are fewer federal restrictions.

Benefits of Consumer Product Companies in the Cannabis Industry

The benefit of having numerous consumer product companies in the cannabis industry is that they help to provide a wider reach. They can easily utilize their logistics and distribution network to further improve the coverage of the products. The products can then get to common places such as grocery stores and liquor stores easily where more people can have access to them. They also help to ensure that the production and distribution line of products are fine-tuned for optimal effectiveness.

The attitude of the international community to CBD has been quite better than their attitude to THC. This has helped in improving the popularity of CBD and the cooperation of such companies with CBD will help to make things smoother. CBD has already taken a global trend which has seen it being incorporated into different types of innovative substances and top companies have taken notice of the immense potential for huge success. Colgate for example announced the purchase of Hello products which is an oral care brand that produces paste, brush, and other hygiene products. The brand makes products with hemp-derived CBD which has worked well to help set the brand aside from others in the same sector.

It should be noted that big players in the cosmetic industry are also looking to benefit from the cannabis industry. News of beauty giant Estée Lauder entering the industry also made waves though most of the information initially projected by the media was not entirely true. The initial story was that the beauty giant will be launching a cannabis-infused beauty line called Hello, Calm from Origins. Contrary to the belief that the product is made with CBD, it is being made with hemp seed oil. The plan to seemingly market it as CBD is for the purpose of gaining traction and attracting customers. This helps the firm to get the necessary publicity without violating federal laws.

The multiple uses of cannabis and CBD are sure to increase the influx of mainstream companies into the cannabis industry. The presence of different niches such as cosmetics and medical applications makes it lucrative for them to come in. The looming million-dollar question is what the presence of these companies will mean for young entrepreneurs in the industry. Time will tell whether what to expect are acquisitions, partnerships, or these companies crushing present entrepreneurs. Fingers crossed.

Cannabis has over 100 unique chemicals, but we...