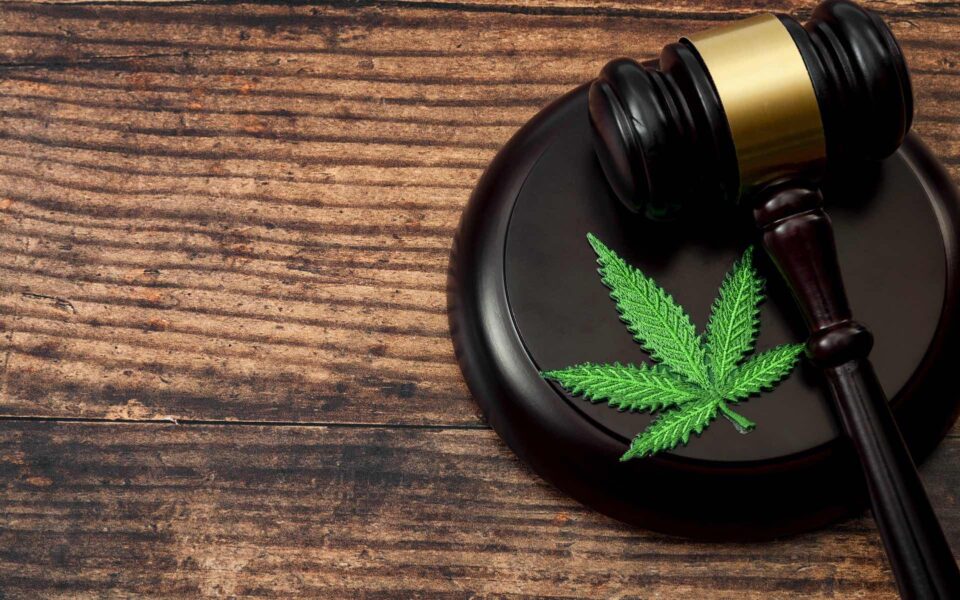 Federal cannabis legalization has never felt closer, even though the newly elected President of the United States has repeatedly voiced opposition.

Joe Biden first made his mark as a committed Drug Warrior in the 1980s, but lately there have been encouraging signs that his administration will pursue a far more public-health-based approach to drug policy.

Forcing someone convicted of cannabis possession to choose between rehab and prison makes no sense.

Biden himself seemed to accept the inevitability of cannabis legalization while on the campaign trail when, speaking off the cuff, he went so far as to say, “I think it is at the point where it has to be, basically, legalized.”

His official position, however, remains in favor of decriminalization, not legalization.

That puts him at odds with a large majority of the American people and an even larger majority of his own party. Last year the Democrat-controlled House passed the MORE Act, though it died in the Republican-led Senate. This year, with Democrats in control of the Senate, the Democratic leadership just promised to pursue comprehensive cannabis reform legislation sometime in the next six months.

Biden has ideas about mandatory rehab

Efforts to end cannabis prohibition at the federal level go back to 1937, the year Federal Bureau of Narcotics Commissioner Harry J. Anslinger pushed the Marijuana Tax Act through Congress.

It’s taken us more than 80 years to seriously consider repealing that historic blunder.

Which means that if “comprehensive cannabis reform legislation” does pass this year, as promised, we should all be prepared to live with the results for a long time. There will be crucial details to work out—everything from racial justice and social equity to interstate commerce and at-home cultivation.

Most worrying of these devilish details: When President Biden says “nobody convicted of a drug crime should go to prison,” that comes with a big asterisk.

“They should go to mandatory rehabilitation,” he made clear at a campaign event in Kenosha, Wisconsin this September. “Instead of building more prisons… we [should] build rehabilitation centers.”

Let’s start with the obvious.

If court-appointed rehab is mandatory, what happens if you don’t show up or don’t complete the program to the government’s satisfaction?

So while inserting rehab as an outcome prior to prison certainly counts as an improvement, it’s disingenuous to say nobody will serve time for non-violent small-scale drug crimes. As a 2017 report published by the group Physicians for Human Rights makes clear, drug courts “regularly set participants up for failure.” In that report, they found:

Advocates for drug courts point to research showing a markedly more positive impact, but those studies invariably gauge effectiveness by engaging in a binary comparison to imprisonment, rather than comparing drug courts to a range of possible approaches, including legalization.

They’re also typically based on data supplied by privately-run rehab facilities with a vested interest in having the government continue to force people to enter their for-profit treatment programs.

Meanwhile, drug court judges understand they’ll be evaluated based on their recovery-to-recidivism rate, making them prone to “cherry picking” enrollees with the best perceived chance of success. This skews the data while pushing the poor, people of color, and other marginalized groups disproportionately towards prison.

According to a 2011 report from the Drug Policy Alliance, drug courts not only retain “criminal justice objectives” when dealing with drug offenders, they replicate many of the system’s racial biases and abusively punitive approaches.

According to the DPA report, drug courts “have not demonstrated cost savings, reduced incarceration, or improved public safety,” but they do make “the criminal justice system more punitive toward addiction—not less; while leaving many people worse off for trying.”

Drug treatment works for many people, and many facilities providing that service are ethically and professionally run. But for decades, critics of the drug-war-industrial-complex have pointed to shoddy and abusive practices throughout the rehab industry.

In the 1980s, the infamous “tough love” program known as Straight, Inc., actively encouraged parents to send children and teenagers who’d casually experimented with cannabis to what can only be described as juvenile detention camps. When California state investigators revealed that minors were routinely subjected to “unusual punishment, infliction of pain, humiliation, intimidation, ridicule, coercion, threats, mental abuse…and interference with daily living functions such as eating, sleeping and toileting,” a slew of lawsuits followed and the program eventually shut down.

The revenue generated by their labor—which reached $2 million in 2017—went directly to the rehab centers.

Some worked long unpaid hours at Coca-Cola bottling plants and adult care homes for the elderly. Others “moved boxes in a sweltering warehouse for Walmart, built an oil platform for Shell and worked at an Exxon refinery along the Mississippi River.”

If President Biden truly wishes to help people in recovery, he should start by reforming these predatory elements in the industry—and not force any more people into their clutches.

According to a 1994 ranking of addictive qualities published by the federal National Institute on Drug Abuse, when it comes to dependence and withdrawal, cannabis rates lower than caffeine. That said, some people definitely do struggle with dependency around cannabis. And some of those people do find treatment helpful.

As a “public health approach,” however, forcing someone convicted of cannabis possession to choose between rehab and incarceration simply makes no sense.

To date, the Biden administration has not made clear if the President’s promise/threat of forced rehab includes those arrested for cannabis (since he is in favor of federal decriminalization). But in states that have failed to legalize cannabis, that’s what’s already happening right now.

In 2013, according to the most recent data available from the Department of Health and Human Services, more than half of all cannabis users in treatment were sent there by the courts or the criminal justice system. Less than 20% checked in voluntarily.

At a time when the overwhelming demand for treatment amid the national opioid crisis means many people actively seeking help end up on a waiting list, forcing non-problematic cannabis consumers to take up space in overcrowded facilities in and of itself does damage to those most in need of treatment.

But more than that, forcing anyone into rehab at the threat of incarceration is at best making a racist, oppressive, and abusive system marginally more humane. What’s really required is uprooting drug prohibition entirely and starting over around a set of principles that match our values, and will actually work.

Veteran cannabis journalist David Bienenstock is the author of “How to Smoke Pot (Properly): A Highbrow Guide to Getting High” (2016 – Penguin/Random House), and the co-host and co-creator of the podcast “Great Moments in Weed History with Abdullah and Bean.” Follow him on Twitter @pot_handbook.