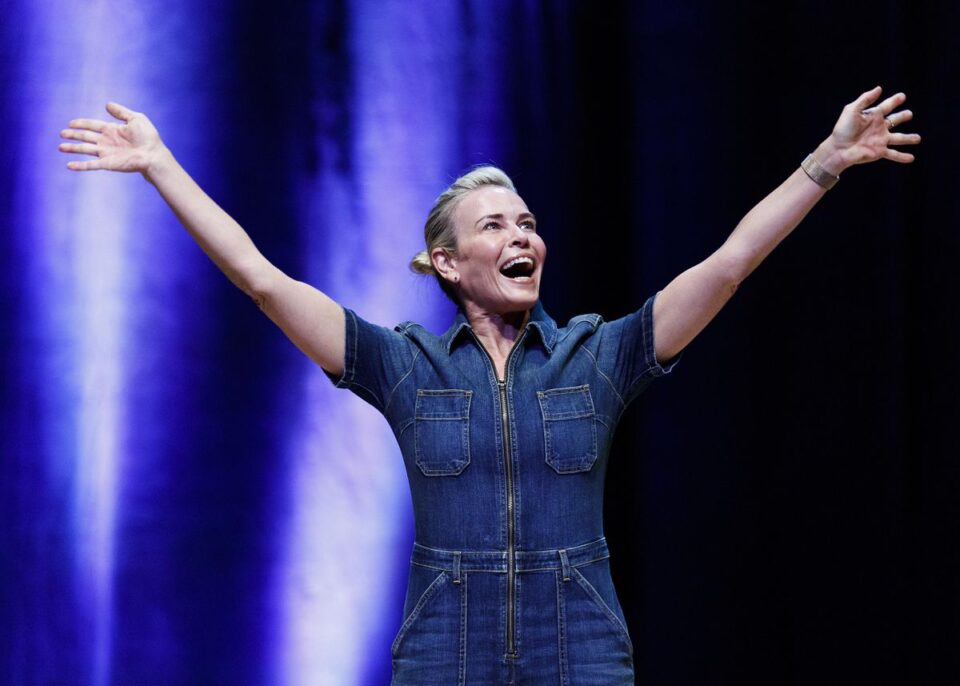 Javier Hasse, Senior Contributor: Forbes
The famous comedian, New York Times bestselling author, and activist Chelsea Handler has been a cannabis advocate for quite some time. And a vocal one at that.

She has also been teasing her entry into the cannabis industry for a while now, but products are yet to hit the market. In the meantime, Chelsea joined forces with Sweet Flower to launch the Evolution Kit, a curated set featuring her favorite cannabis products.

“I really wanted people who want to experiment, especially women who are being reintroduced to cannabis, to do it in a safer way,” Handler declared during an exclusive interview.

The former host of Chelsea Lately, a successful late night comedy talk show, opened up about her personal relationship with cannabis, now that she’s also become a weed entrepreneur.

Beyond cannabis, Chelsea has remained busy. Her stand-up comedy special, Chelsea Handler: Evolution, premiered in October, to warm critical acclaim and is available to stream now on HBO Max.

“It was important for me to do this during COVID,” she added.

“My connection with cannabis has evolved. Now, I can set the tone for what my high is going to be. I have enough experience with cannabis that I don’t allow it to control my mood,” Chelsea explained, when prompted about how her relationship with cannabis had changed over the years.

For her, the plant is a doorway to new things, feelings and experiences.

“Cannabis does enhance the natural, and life. It enhances the basic stuff. You can have moments of quiet throughout the day, or you can have a moment to actually be joyous, or to be grateful for the small things that we’re being taught to appreciate during this time,” she continued.

Furthermore, the star claims that marijuana has helped her with her return to stand-up: “I feel like the cannabis relaxed me enough to really start getting creative again and to walk back to stand-up, which was something that was intimidating because I had been gone from it for so long.”

Chelsea sees her new special as a way to bring some light into these dark times we’re living in.

“I want it to remind people about humanity, about our sameness. And, of course, about hilarity. I was very dead set on not letting COVID prevent me from making this happen.

“Anybody who really wants to feel something should watch it. Because I’ll make you laugh. And I’ll probably make you cry,” she voiced.

The Importance Of Being In Therapy

Handler’s experience with therapy was pivotal in the making of her stand-up special. As a matter of fact, it was one of the main things she wanted to share in her show.

“The de-stigmatization of therapy is one of the reasons I felt so compelled to write my last book and special. I was perceived as somebody who would never go to therapy or take it seriously. So, when I had such an amazing experience with my therapist, all I wanted to do was tell everybody, because I’ve made a career out of oversharing. So it was like: ’Great, now you have an opportunity to share something helpful!’

“I guess people are really uncomfortable with their emotions and with getting real. And I think that’s a cultural thing, especially in our country,” she added, commenting on the stigma around mental health and therapy in America

Like many others, Chelsea turned to psychedelics during the first months of confinement.

“I think I was treating COVID like it was going to be spring break, you know? Once I realized it was gonna go on for months, I was like ‘Well, I can’t be tripping for the rest of my life. I better get my shit together,’” she joked.

On the matter of legalization, the comedienne thinks that psychedelics will follow the path that’s been set by cannabis in United States.

“I think the floodgates have opened. There’s no turning back now. Cannabis is going to be legalized throughout this country and other countries. We’re going state by state here, but we’ve made so much progress, even during the Trump administration. There’s a lot of stuff that I think will be legalized in the coming years, including psilocybin and LSD,” Chelsea concluded.

Will Cannabis Entrepreneurs Switch to Psychedelics?

How Red White & Bloom Established A Base...