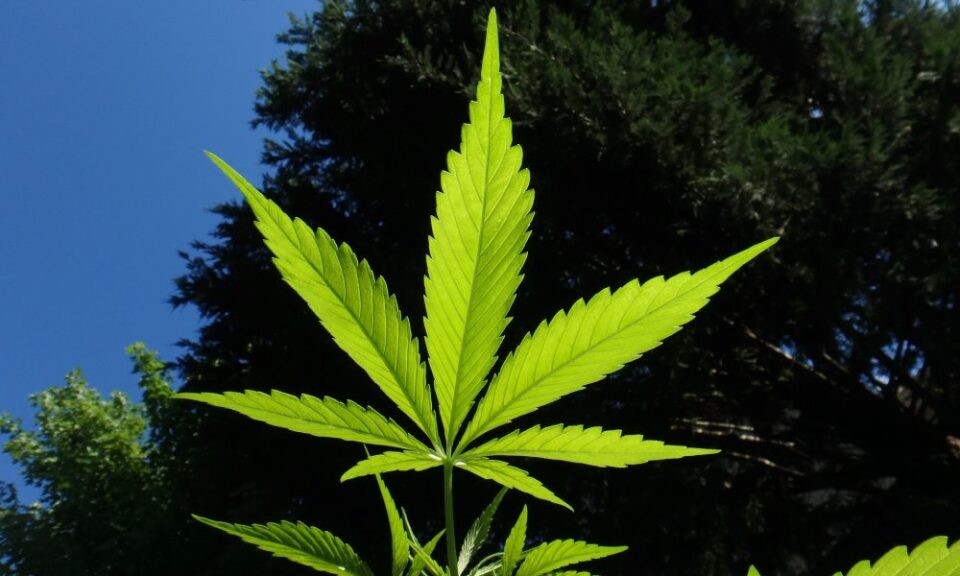 Proposals to legalize marijuana in Virginia cleared key committee votes in both chambers of the state legislature over the weekend and Monday morning as lawmakers raced to qualify the bills for full floor votes ahead of an upcoming mid-session deadline on Friday.

Gov. Ralph Northam (D) and top lawmakers unveiled the legalization plan in mid-January, on the first day of a short 2021 legislative session scheduled to end later this month. To survive into the next stage of the session, versions of the marijuana proposal must pass the Senate and House of Delegates by Friday, the state’s so-called crossover deadline.

“This is a breakneck speed for us,” Del. Vivian Watts (D), vice chair of the House Courts of Justice Committee, said at a virtual meeting on Sunday, where the panel voted to approve the House version of the legislation, HB 2312, and refer it to the House Appropriations Committee. If it succeeds there, the measure would next advance to the House floor.

Our bill on cannabis legalization is continuing to make its way through the process. It passed House Courts committee & is moving to Appropriations next week. Proud to serve as Chief patron on this ground breaking legislation that is huge step towards justice in the Commonwealth. pic.twitter.com/mSiHG3UIgN

On the Senate side, the Judiciary Committee approved that chamber’s version of the bill, SB 1406, at a hearing Monday morning after it cleared that panel’s Expungement subcommittee over the weekend. That bill now goes to the Senate Finance and Appropriations Committee, next scheduled to meet on Tuesday, before potentially proceeding to the full Senate.

All told, the two marijuana legalization bills sailed through a total of five committees and subcommittees over the past three days alone.

Despite amendments made in both chambers, lawmakers at hearings over the weekend said they have lingering questions over numerous specific details, including business regulation, effective dates, social equity and penalties for violating proposed limits on possession and sales. Legislative leaders repeatedly stressed that there would be further opportunities to make changes as the proposal proceeds.

“This has been a very robust process involving a number of members on a number of committees, and it continues,” Watts said Sunday afternoon before calling for a vote on the bill. “With that understanding, this is a work in progress.”

Reform advocates said lawmakers’ immediate goal is to get the bills to the floor so they can clear the crossover hurdle. If the legislation don’t get floor votes by Friday, legalization is dead for the session.

“At this point it’s unnecessary to get mired in minutiae,” Jenn Michelle Pedini, executive director of Virginia NORML, told Marijuana Moment. “Currently, efforts are largely focused on advancing the bills to their required floor votes before the crossover deadline, and in a posture that is generally acceptable by the majority of each chamber.”

That dynamic was on display Saturday at a hearing of the House General Laws Committee, as members began digging into a new rule in the chamber’s bill that would prevent licensed marijuana companies from owning multiple categories of business licenses, a practice known as vertical integration. Some members of the committee said they worried that prohibiting vertical integration altogether could hurt small cannabis businesses that might, for example, want to both grow cannabis plants and process them into products such as edibles or tinctures.

One public commenter, representing the Cannabis Business Association of Virginia, suggested adding a class of microbusiness licenses that would allow small companies to vertically integrate. The comment drew follow-up questions from lawmakers, but the committee’s chair, Del. David Bulova (D), told colleagues he was “hesitant about making any changes on the fly.”

Other proposed changes are more certain to make it into the final legislation. For one, the Virginia’s alcohol regulators won’t be in charge of overseeing the legal marijuana market, as originally proposed in the governor’s bill. Instead, the House General Laws Committee voted to mirror a change made last week by the Senate Rehabilitation and Social Services Committee and establish a new, separate regulatory body for marijuana called the Virginia Cannabis Authority.

To accommodate the creation of the new agency, committees in both chambers also agreed to push back the start of legal sales one year, to January 1, 2024.

It’s still not settled when simple possession of marijuana would become legal, although Senate lawmakers moved in subcommittee to make it so that would occur on July 1 of this year.

“Otherwise all we’re doing is setting up a situation where people are paying civil fines for something that is going to be completely legal eventually,” said Sen. Jennifer McClellen (D), who introduced the successful amendment in the Senate Judiciary’s Expungement Subcommittee. Home cultivation would not be legalized until cannabis stores come online in 2024 under the chamber’s bill, however.

Last year the state passed legislation decriminalizing possession of up to an ounce of marijuana, replacing existing penalties with a $25 civil fine and no threat of jail time. The law took effect last July.

Some House lawmakers who met over the weekend, however, worried legalizing possession too soon before opening licensed stores could end up fueling the illicit market. It’s an issue likely to see further discussion as the bill continues its path through the legislature.

“There are still a multitude of finer points to debate, and that’s to be expected a little further along in the legislative process,” said Pedini, who also serves as national development director for NORML. “Should both bills succeed, they will be sent to a conference committee for reconciliation.”

Other changes made by House lawmakers over the weekend would affect wide-ranging issues around business licensing, social equity, criminal justice and home cultivation of cannabis.

Under changes adopted by the General Laws Committee, the number of business licenses available would be capped at a maximum of 400 retail, 25 wholesale, 60 manufacturing and 450 cultivation. Licensees could only hold licenses of a single type—vertical integration would be prohibited—and no entity could have more than five licenses.

The state’s four existing medical marijuana businesses would be able to apply for licenses under the separate adult-use system, but they wouldn’t have an advantage in getting licenses or be able to start sales early. Some lawmakers questioned the rationale for that approach.

“Our goal was to craft the best regulatory framework we can to legalize adult use of marijuana in a safe and equitable manner,” Krizek said.

Retail stores under the House bill would be permitted to sell only marijuana products and paraphernalia—not meals, snacks or other goods, as once envisioned in the bill. Marijuana products would need to be tested for both contaminants and THC potency.

Both retailers as well as licensed cultivators could sell seeds and immature plants to adults 21 and over, who would be allowed to grow up to two mature cannabis plants and two immature plants at home for personal use. But unlike the Senate’s version of the bill, which would allow adults to grow the plants indoors or outdoors, changes adopted by the House General Laws Committee on Saturday would allow only indoor grows.

The committee also established a social licensing category for businesses that are at least 66 percent controlled by alumni of historically Black colleges and universities (HBCUs) in the Commonwealth, an effort to ensure that those from communities most harmed by the war on drugs share in the new industry’s profits.

The House committee also adopted changes to licensing provisions aimed at protecting union organizing efforts in the cannabis industry, allowing state regulators to suspend the business license of a marijuana company that “fails to stay neutral on union organizing efforts or does not pay prevailing wage per the U.S. Department of Labor or designates more than 10 percent of employees as independent contractors,” David May, an attorney at the state Division of Legislative Services, said at Saturday afternoon’s hearing.

House lawmakers made further changes at the Courts of Justice hearing on Sunday, clarifying a rule that would allow adults over 21 to gift each other up to an ounce of marijuana and increasing penalties for personal possession of between one and five pounds of cannabis.

Regarding the legislation’s plan to automatically expunge past convictions for low-level marijuana possession, Colin Drabert, deputy director of the Virginia State Crime Commission, said there might be technical issues with how those cases are coded. The obstacle could force individuals to petition the court themselves to erase past criminal convictions.

Lawmakers didn’t immediately address that concern, however. Watts, the vice chair, suggested “a technical amendment that could possibly be handled at the floor or appropriations committee.”

While lawmakers took public testimony during the hearings, they did not propose any amendments in response to comments.

Billie Brown, founding member of the Cannabis Equity Coalition of Virginia, was one of a handful of public commenters who urged lawmakers to ensure the bill recognizes the harm the war on drugs has done Black and brown people and invests in rebuilding those communities.

We propose strongly that Virginia allocates 70% (not 30% as currently written in the bill) of tax revenues to the Cannabis Equity Reinvestment Fund.

In testimony before both House committees, Brown urged lawmakers to increase funding from marijuana revenues to the Cannabis Equity Reinvestment Fund, which would direct money to scholarships, job training and workforce development, low- and zero-interest loans for social equity marijuana business applicants and other programs for historically marginalized populations.

Currently 30 percent of revenue from the legal system would go to the equity fund, while another 40 percent would go to fund pre-kindergarten education. Brown called for the full 70 percent to be directed toward equity. The ACLU of Virginia has called for a similar change.

“While CECA is in favor of funding pre-K,” Brown told lawmakers, “this has always been a direct obligation of Virginia taxpayers from the general fund.”

Other issues lawmakers considered but did not immediately act on included limits on advertising—which many said they hope to make as strict as possible without violating free speech protections, in order to avoid appealing to children—as well as certain homegrow and consumption rules that seem to privilege homeowners over rental tenants and those living in public housing. Changes to those and other provisions of the bills could still be coming.

While Virginia’s legalization proposal has a long way to go with just weeks left in the legislative session, lawmakers said so far they’re impressed by the effort that the bill’s lead patrons, as well as other lawmakers and advocates, have put into the policy change.

We led the fight to decriminalize cannabis in the Commonwealth of Virginia. Now it’s time for legal, regulated use.

The House Courts of Justice Committee is meeting TODAY at 1pm to discuss adult marijuana use. Submit a request to provide testimony here:https://t.co/zLyl7CKymt

The state’s legalization proposal stemmed from an official state study conducted by a legislative commission on legalization as well as a working group consisting of four state cabinet secretaries and other officials. Those studies were part of the marijuana decriminalization bill passed last year.

“This is the product of an incredible amount of hard work,” Del. Mark Levine (D) said at Sunday’s hearing, “and it shows in the 563-page bill.”

Hemp Bioplastic – All Your Cannabis Products Should...