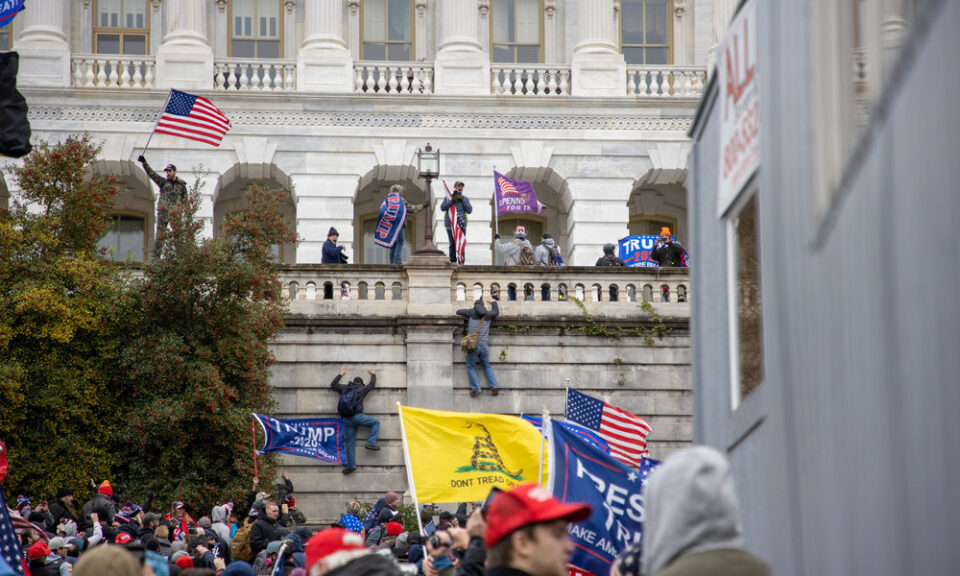 A California man who sported American flag shorts and who was nicknamed “Doobie Smoker” after smoking a joint inside the Capitol storming event was arrested by US Marshal Service agents in Virginia, according to The Associated Press. Eduardo Nicolas Alvear Gonzalez, of Ventura, California was arrested February 9 and slapped with several charges.

Gonzalez appeared for a remote hearing February 12 in the US District Court in Norfolk, Virginia. He was charged with knowingly entering or remaining in a restricted building or grounds without lawful authority, and violent entry and disorderly conduct on Capitol grounds, according to reports.

According to a criminal complaint, Gonzalez was filmed while lighting a joint and yelling, “It’s time to smoke weed in here!” while inside the Capitol rotunda during the insurrection attempt on January 6. Gonzalez rented a dwelling in Alexandria, Virginia through Airbnb for the entire month of January and scheduled a flight back to California on February 1.

Gonzales was identified because he was recorded from several angles with smartphones during the storming of the Capitol. In a YouTube video titled “The Capitol Rotunda Doobie Smoker explains why he did it,” Gonzalez said he smoked cannabis inside the Capitol for “freedom.” Gonzalez also live streamed on Zoom and discussed storming the Capitol to “take our country back.” In another YouTube video, someone asks Gonzalez what strain he was smoking.

Multiple people reported Gonzalez at the Capitol, including a family member, FBI agents said. As of the time of writing, no one had determined why Gonzalez was thousands of miles away in Virginia Beach, Virginia. Gonzalez also uses the aliases Nick Alvear and “Lion Nick.”

Gonzales is being held at Western Tidewater Regional Jail in Suffolk, Virginia.