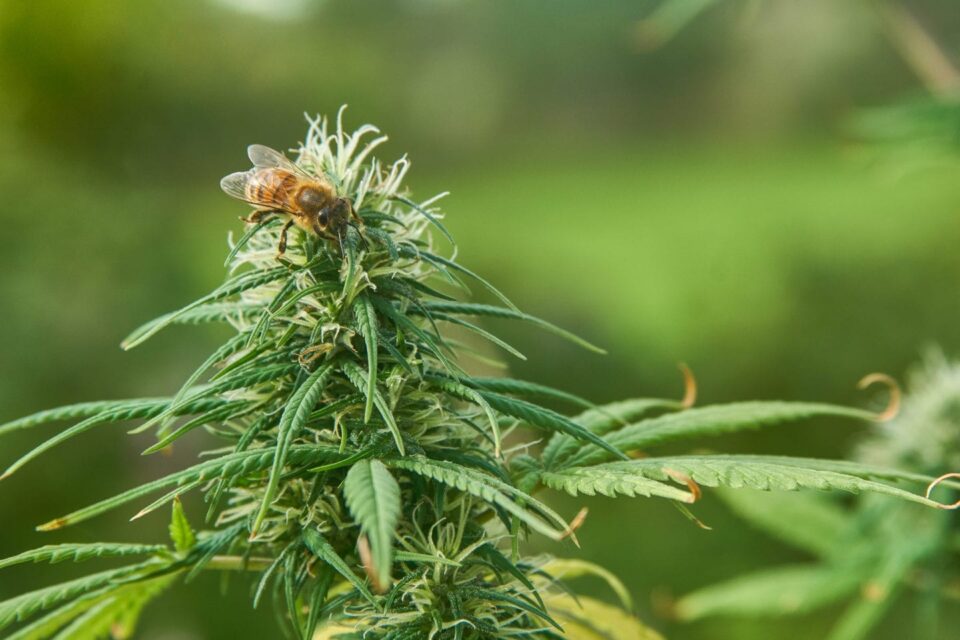 At a time when the United States is celebrating a nail-biting democratic transfer of power, a move is afoot in Germany to face, finally, the last vestiges of Nazi influence. And while at first glance it may sound “trivial” to Germans and Auslanders (foreigners) alike, it is not. Its impact on the cannabis industry might also be highly and positively disruptive.

Nazi Influence Lingers On in Germany

Many people still do not understand the lengths to which the Third Reich went to create an alternative universe of “facts” but their efforts look terrifyingly pre-Trumpian in the present. Indeed, this was the group of people who believed, literally, in the dominance of a white, Aryan, “Master Race,” and their efforts were terrifying just because they are even today, so enduring. Their assault on history was also a blitzkrieg on reality.

The impact of the Nazi purge and “education” on daily life included everything from banning people to naming conventions and, quite deliberately, creating an alternative universe of facts. This included banning whole areas of science, starting with the foundational vow of doctors to do no harm. The term “Nazi doctor,” even today is to describe a collection of highly trained people who used their education and understanding of a scientific process in the name of genocide. Not to mention perverting the idea of medical ethics.

After Hitler’s seizure of power, the German medical professional was routinely stripped of all “Jewish” knowledge as well as its people, with implications that last to this day—far beyond cannabinoids. Sadly, German doctors became one of the earliest and staunchest professional groups to back Hitler. In 1933, 2,800 doctors had already joined the Nazi Physicians League. By the end of the war, 38,000 (or 45% of all German doctors) were members of the Party. 7% of all doctors were also members of the SS.

But the Nazi campaign was never “just” aimed at Jews. At the same time, an unprecedented attack began on doctors and other licensed practitioners who also prescribed natural plants as opposed to manufactured medicine.

It was a perfect storm. And while Hitler, for example, was a fan of “alternative” treatments, none of them were deemed “Jewish,” much less included cannabis.

Indeed cannabis was banned in Germany, as well as R&D on the plant and medicines to be made from it, by the middle of the 1930’s.

As of 2017, the plant has again been accepted, by the Bundestag at least, as a plant with medical efficacy. Doctor acceptance so far, however, has been slow—and for a variety of reasons. Starting with of course and, including all that Nazi medical propaganda against the plant itself, which has been baked into widespread, taught in school, formal understanding of cannabis as well as its use in clinical practice until now.

Long after the war, the influence of Nazi doctors if not policies, remained, like a terrible ghost in the machine. Like judges, such individuals were largely not stripped of their professions if not influence and duty after the war. A devastated country needed them too much.

And so, despite widespread efforts to wipe out Nazi practices and laws, some still remain. They are insidious. Twelve years is nothing in a country whose identity stretches back thousands of years. But it is also everything. It was never going to be an easy “uncoupling,” either way. What is “German,” or “Jewish” or even “Nazi” is a debate that continues to this day.

In the last few years, however, there has been a marked push, including by federal German authorities and departments, to address obvious remainders of a period of time which should remain as “history.”

With a new decree from the federal German Department of the Interior (or BMI) to eradicate Nazi laws around homeopathic care, what does that spell for a plant now in its own cultural and medical reacceptance and destigmatization?

Despite a fondness for certain kinds of “natural” cures, indeed, one of the areas that took the biggest hit was the exploration of certain kinds of plant-based medicines and those who researched and prescribed them. Cannabis was on that list.

A New Day For German Medical Research And Healthcare

It is no accident that a medical research firm, based in Mainz, would pioneer a drug that will potentially save millions in the present. One of the leading firms in the race to develop a vaccine for COVID-19 is based there. But this is just déjà vu, masquerading as “history.”

There is a long story of such ground-breaking innovation in the city itself if not the region. Mainz was, along with the other ShUM cities of Speyers and Worms, before WWII, the global centre of Jewish culture, learning, religion and learning not to mention “Jewish” medicine. Mainz had an even more elevated place in part because of its other great contribution to the world—the printing press.

However, the idea that “immigrants” would participate, so fully in a global medical discussion with literally, earth-changing implications is also not a new idea to the city. Before WWII, Germany led the world in medical research. Half of all Nobel Prizes awarded before the outbreak of WWII had gone to German-speaking scientists. And many of them were also Jewish with direct connections to Mainz, one way or another.

Yet an understanding of how this change, at the homeopathic level might also revolutionize the future of cannabis prescribing doctors is also only understandable when you realize another thing.

Weimar Germany—namely the country that existed more or less democratically between the end of WWI and 1933—had a virtual global lock on manufactured drugs. Period. Drug development continued during the Third Reich, just of specific kinds that were useful to the regime (like methamphetamines). Even after WWII, the German pharmaceutical industry has led the world (see COVID 19 but this is far from the only such success born auf Deutschland).

Medical cannabis in its first and highly successful form, is not a processed drug.

Just its reintroduction into the market, in Germany, therefore, is an acceptance of the potential supremacy of a natural cure as medicine. An idea not seen or heard much since before the Third Reich and driven by forces beyond the Nazi regime. That, indeed, is a relic of a timebomb, buried under German soil if not by the medical profession itself, since the end of WWII.

With a new focus on homeopathic practices and science, or at least fewer restrictions from a time that the country would rather forget, this industry, especially at the “medical” end, might, in other words, be just the boost the medical and scientific discussion about cannabis desperately needs.

Marguerite Arnold is a veteran “foreign” cannabis correspondent based in Frankfurt Germany. Her second book, Green II: Spreading Like Kudzu, the inside story of the first German cannabis tender bid, is now on sale. She is also the successful plaintiff in a ground-breaking German Supreme Court case (2BvR 2628/18) allowing the victims of the Holocaust and their descendants to reclaim their citizenship more easily.

Roll with Z’s, Plant Some Trees