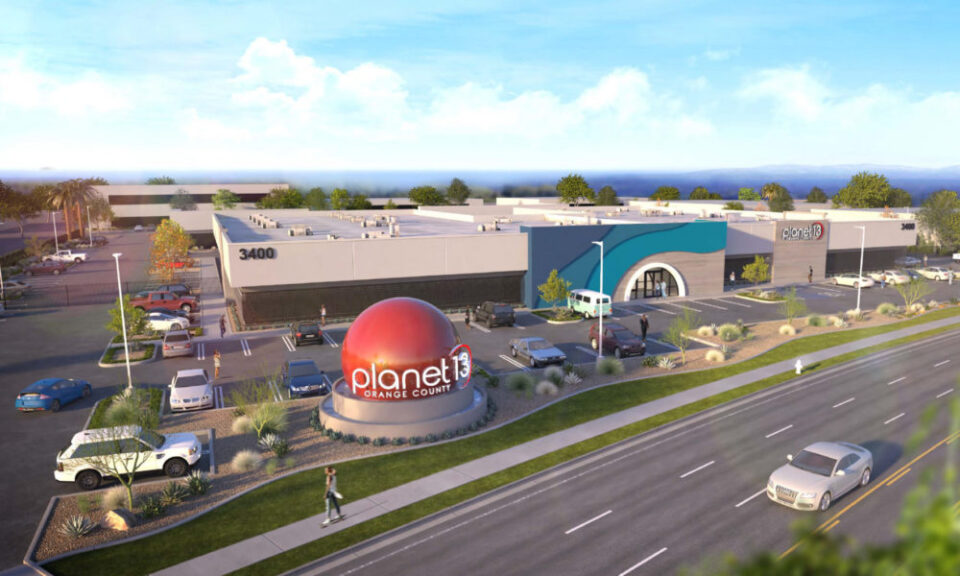 Planet 13—a large cannabis superstore chain with popular locations in Las Vegas, Nevada—has begun construction of the Orange County Cannabis SuperStore Entertainment Complex in Santa Ana, California. It will be one of the largest cannabis retail operations to open in the area.

According to a February 3 press release, once complete, the 55,000 square-foot facility will span 16,500 square feet of dispensary space with an additional space set aside for ancillary stores and experience like at the Las Vegas SuperStore.

“We are pleased to announce the completion of a major milestone—the receipt of final permits and the start of construction of our first dispensary in the Golden State—the Orange County SuperStore. The combination of our exhaustive design process, attention to detail, and deep focus on customer experience will make it a truly exceptional experiential space for California’s discerning cannabis consumers,” said Larry Scheffler Co-CEO of Planet 13. “We are excited about embarking on our first out-of-state expansion and look forward to bringing the unique Planet 13 customer experience to California.”

Construction appears to be on schedule and consistent with the previously released timeline, with completion expected near the middle of 2021. Last year, the OC Register called Planet 13 the “Disneyland of Marijuana Dispensaries.”

The superstore chain regularly pops up in the news with new locations and expansions. Last October, Planet 13 announced that it would be doubling the size of its Las Vegas SuperStore to 23,000 square feet, and the store’s amenities include an 80-foot video wall. In addition, Mike Tyson’s cannabis resort Tyson Ranch and Planet 13 Holdings Inc. announced a collaboration on Feb. 25 to sell Undisputed 87 premium line of cannabis at the Planet 13 Las Vegas SuperStore.

Smoking Cannabis Flower May be the Best Way...

Michigan cannabis sales are down—and the reason may...