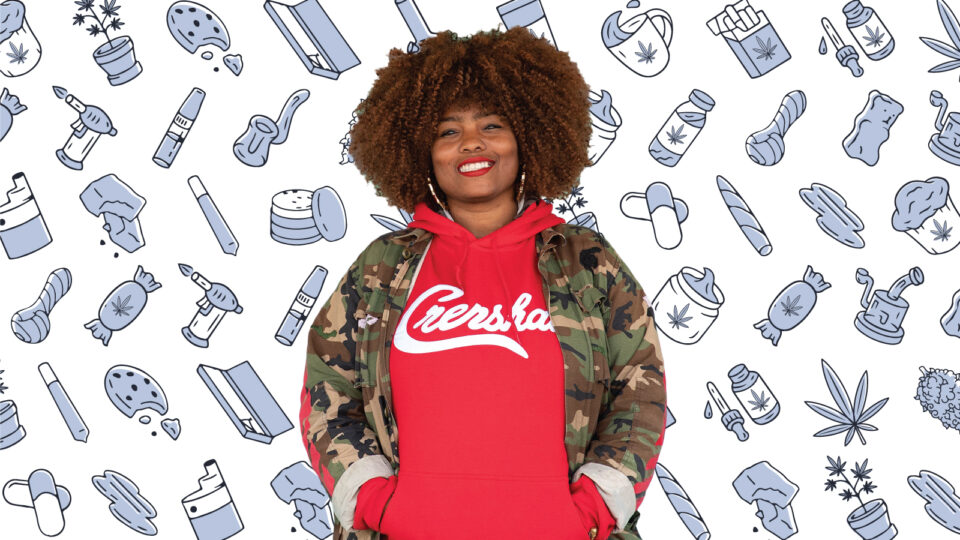 For Kika Keith, tackling the beast of reforming cannabis social equity in Los Angeles has been a long journey, one she never expected would last for as long as it has.

Keith is a single mother to three girls, serial entrepreneur, cannabis advocate, founder of Life Development Group, co-founder of the Social Equity Owners and Workers Association (SEOWA), and now a Social Equity cannabis retail license owner. As a South-Central Los Angeles native, she was raised in a household and community where there wasn’t much of a stigma around cannabis.

“My parents were always into alternative medicine and I was raised with the value that what we need for our health comes from the ground. I was blessed with that awareness of the benefits of cannabis and kind of parlayed that into the industry in 2007,” Keith shared with Weedmaps.

Keith stepped into the industry with a line of infused chlorophyll water and partnered with Virgil Grant, another Black cannabis pioneer and dispensary owner from Los Angeles. In 2018, California passed the California Cannabis Equity Act that would allow for the development and operation of cannabis equity programs aimed at including the minority communities who had been adversely affected by cannabis criminalization, according to the City of Los Angeles Department of Cannabis Regulation.

When Keith heard of this program bringing some form of reparations to her own community — as well as a valuable business opportunity — she thought she would apply, get the ball rolling with her business, and see a real dynamic change after the program was released. But that wasn’t the case.

The complications after the legalization and regulation of cannabis in California continued to persist, laid out in Weedmaps’ recent docuseries, Uprooted, in which Keith shared her experience as an applicant struggling in Los Angeles’s Social Equity program.

Focusing on distributing cannabis social equity was the key to adequately structuring a fair, legal, local marketplace, and Los Angeles failed to do just that. At the time, only a small number of the approved applicants were Black, while the majority of them were white. Rumors of corporate and government corruption were uncovered while Keith, along with countless other low-income applicants directly affected by arrests during the War on Drugs, had given up almost everything, holding onto empty retail properties and waiting for years to become cannabis license holders.

“I think the program started off with good intentions, but from a very capitalist perspective. They passed these laws without any processes or procedures, no access to capital, no education for a law that exists.” This is why Keith founded and co-founded the organizations Life Development Group and (SEOWA) to begin educating her community on local cannabis rules and regulations and applying pressure to the city to uphold the law that was in place.

“Fortunately, that became our strength because the law did exist and it was on paper. So then it was just a matter of us rallying and doing our grassroots mobilization to educate the community on how significant it is to be a part of this brand new industry.”

By providing education on city cannabis laws to her community, and winning a successful lawsuit against the city of Los Angeles, Keith and her team won 100 additional licenses, including one for herself. After raising $1M for her property last year, her retail storefront on Crenshaw is finally well on its way to opening day — an unbelievably proud moment for herself and her community.

“Our small victories in this have empowered a community and have been a great model nationally for how communities can stand up and realize that you don’t have to come in with your hand out begging for a position to be in this.”

As a Black woman making an impact in cannabis social equity, she sets an example for Black and Brown folks, that making the firm stance in not compromising in the world of cannabis business and law will continue to show others within the community they can, in fact, own a significant market share within an exponentially growing industry.

Growing up in South-Central Los Angeles with friends and family who accepted cannabis, on top of being raised by a Rastafarian dad, Kika Keith has been surrounded by the plant since she was young. It’s safe to say she definitely knows a thing or two about quality California-grown weed cultivated by local and Black-owned brands.

Here are the brands and products Kika Keith can’t live without.

One of her favorite Los Angeles-based legacy growers is Blaqstar Farms. Their artisan indoor-grown weed is known to be pure and potent. “I love to support black-owned brands. My favorite is the Lemon OG. It’s really smooth, it has a bold flavor, and I’m a flower girl at the end of the day!”

When Keith just wants to mellow out, her go-to is the line of teas at California Cannabis. Virgil Grant, her friend and former partner, is the owner of this iconic Los Angeles dispensary. Their tea flavors include lemon, raspberry, and peach. “I definitely love sippin’ on that,” she said, smiling.

Peakz Co. is another Black-owned luxury cannabis brand Keith loves. Her favorite of theirs is The Woo, one of their signature strains. This Oakland-based brand is owned by Jesse Grundy who was also pioneering cannabis licensing equity activism in his local community in the Bay Area.

Bel-Air Cannabis Co. is a Los Angeles favorite of Keith’s. When she’s out and about, she likes to keep a Bel-Air pre-roll in her purse.

Keith has her own line of infused chlorophyll water that is a perfect alternative to edibles for when you want to watch your sugar intake. “Gorilla Life is my brand. I like edibles but a lot of them are sugar-based. GorillaRx is a healthy beverage line that’s sweetened with agave so you don’t have to worry about the sugar in it — I can get my energy in and also get a nice little high off of it as well.”

The House Wants to Vote on Legalizing Weed...