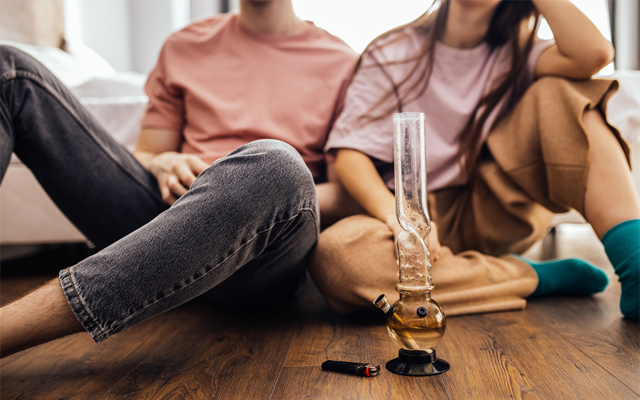 If you feel that marijuana is everywhere these days, you aren’t wrong. Over the past year, dispensaries around the country have recorded record sales, which means cities and states are seeing tax revenue boosts in the millions and billions. Many people see the recent uptick of cannabis sales as a result of the success of legalization efforts in different states.

Yet, the truth is that marijuana use has been increasing steadily for over 20 years. What do we actually know about this rise in marijuana use, and how can entrepreneurs and investors leverage this information?

Increasing Usage Rates Are Not the Result of Legalization

Despite the dramatic increase in marijuana usage coinciding with a rapid effort to legalize medical and recreational use across the country, researchers doubt that the increase in use is caused by greater accessibility of legal weed. In fact, the opposite seems to be true.

A study from the Public Health Institute’s Alcohol Research Group published in the journal Addiction states, “policy changes appear to have occurred in response to changing attitudes within states and to have effects on attitudes and behaviors more generally in the U.S.” In other words, populations within individual states have, in their own time, started shifting their opinions on marijuana usage and thus become accepting of more widespread use, which in turn has led to efforts for legalization.

However, this increase in use is not true for all age groups. Despite fears that legalization would make marijuana use more attractive to adolescents — for whom cannabis can be dangerous, as it interrupts and fundamentally alters brain development — a federal survey found that marijuana use by teens is currently at its lowest since 1994. What’s more, teenage cannabis consumption has been steadily decreasing since the 1990s, perhaps thanks to greater efforts to educate children about the hazards of using substances too early.

Though legalization is likely to add greater legitimacy to marijuana use, the truth is that most states already have a foundational acceptance of the practice for years before medical and recreational programs are developed and ratified.

Though generally marijuana use has seen an upward trend over the most recent decades, there has been a marked uptick in use since the global outbreak of COVID-19 at the start of 2020. The United Nations reports that there has been an increase in the worldwide demand for cannabis — which, in places where legal recreational and medical marijuana programs are not available, has driven black-market cannabis sales to new heights. Fortunately, legal marijuana dispensaries in Chicago, Los Angeles, Portland and other cities have also reported record sales for the year, indicating that when given legal options, users do avoid participating in drug crime.

Though more research is warranted to understand this phenomenon, most scientists believe that the long periods of isolation and social distancing mandates have contributed to the recent increase in drug use. Marijuana’s effects of euphoria and relaxation are brief palliatives for symptoms of anxiety and depression, which have unfortunately increased as a result of pandemic-related fears and government mandates. Yet, it is important to note that most mental health professionals do not advocate for self-medicating with cannabis products, which can exacerbate mental illnesses in the short and long-term. Instead, those suffering from feelings of anxiety or depression should seek professional help and only increase their cannabis use under the direction or supervision of a trusted doctor.

Through the millennia, humans have used cannabis in almost every capacity. Not only is the plant a practical resource for fiber and food, but its psychoactive effects have found dozens of applications throughout human life. Some African and Caribbean religions maintain marijuana use as a spiritual rite, and increasing research has shown that medical applications of the drug can be beneficial in managing several health conditions.

The recent increase in marijuana use is not tied directly to the legalization of the drug; rather, the legalization of cannabis is a reflection of changing social attitudes — about marijuana but also about individual will and the government responsibility. Though it is important to continue tracking use patterns to understand who is using cannabis and why, for now, it seems that marijuana use is a natural development in human history.

Disclaimer: This article is intended for information and entertainment purposes only and is not intended to reflect the specific views of the publication.