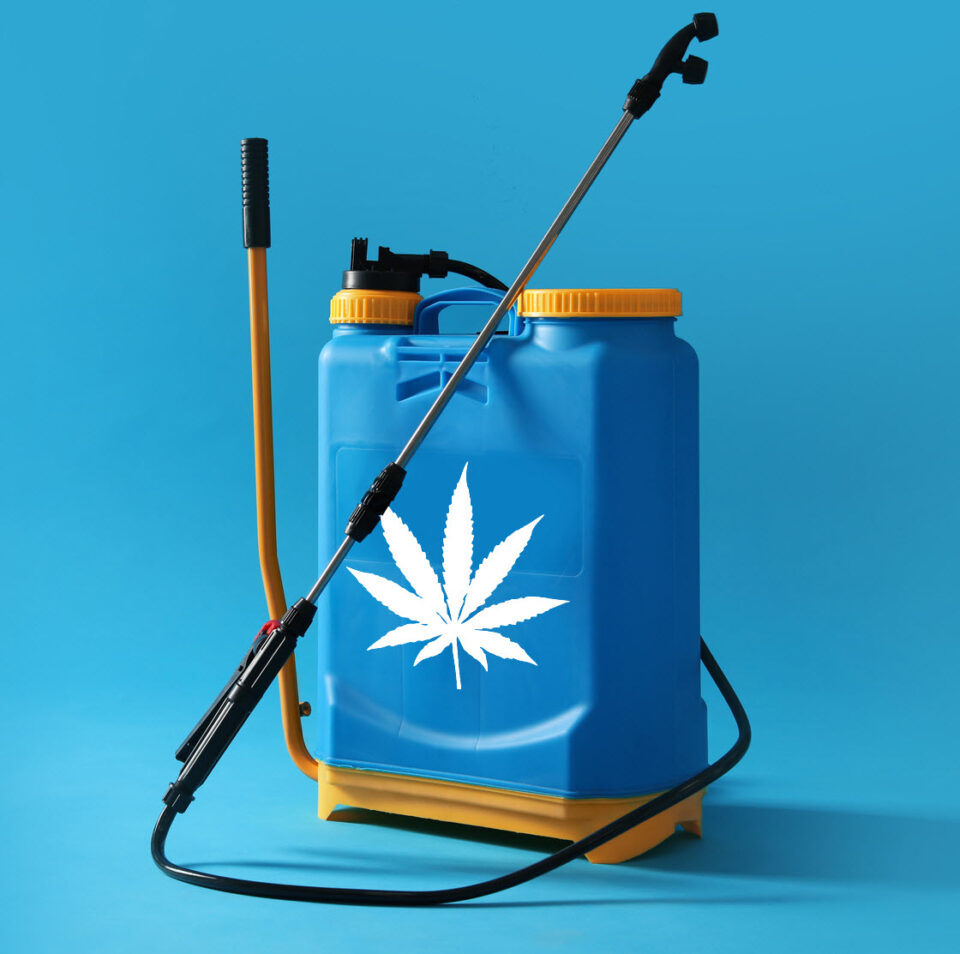 The cannabis growing process is one that is very peculiar in terms of inputs and the eventual output of the growing process. Different factors play a huge role in the success of the grow process while some tend to cause some harmful effects if not properly modulated. Pesticides and herbicides are examples of such external factors. They are used primarily for the purpose of keeping the cannabis plants free of pests and other herbs that may affect the grow process. Unfortunately, if not properly eliminated afterward, they contaminate the cannabis plants, reduce their efficacy and cause harmful effects to users.

A study by the IAMA Internal Medicine has shown that the overall risk of a person developing cancer can be reduced by eating organic foods. The interpretation to be taken from this is eating natural foods reduces the risk because they have fewer carcinogenic substances in their growth process. A review by Environmental Working Group, an environmental advocacy group showed 26 of 28 breakfast cereals and snacks had high levels of herbicides. These levels of herbicide concentration in the products were considered higher than the permissible margin acceptable for children. However, the manufacturers of these products hold on to the claim that their products are completely safe.

Pesticide contamination is becoming a major issue and it has attracted the attention of cannabis process regulators in different states. Washington State Liquor and Cannabis Board (WSLCB) has concluded to implement rules to improve quality assurance testing for cannabis products. Increasing the regulations for the testing process and increasing safety requirements is aimed at reducing current safety concerns. The process is bound to increase the availability of products that are in compliance with set regulation guidelines. It will also ensure pure products free of contaminants are made available for medical marijuana patients.

The presence of pesticide contaminants in cannabis products is harmful to both recreational and medical users but it has a greater risk for medical users. The presence of these contaminants from the pesticides can affect the therapeutic effect of the cannabinoids leading to therapeutic failure. John Kingsbury, a member of Patient United which is a medical marijuana advocacy group spoke about the pesticide contamination in Washington cannabis. He wrote a letter on behalf of the group to the WSLCB in October 2014 and called the pesticide contamination issue a public health emergency. The true extent of the detriment these contaminants can have to medical marijuana patients should not be downplayed hence John’s description of it as a health emergency.

This issue of pesticide contamination doesn’t just lie with medical marijuana patients alone as industry workers are affected as well. The Cannabis Safety Institute in June 2015 also called the issue an emerging public health threat. They agree that the high value placed on these plants in the public requires that they are produced to a permissible degree for safety. Cannabis plants are susceptible to damage from molds and insects which is why such chemicals are used to protect yield. It is eventually counterproductive if these chemicals reduce the value and usability of the plants.

Danielle Rosellison, the president of The Cannabis Alliance wrote on her blog post on September 21, 2018, about the lack of pesticide testing requirements for cannabis products in Washington. The Cannabis Alliance is a nonprofit organization dedicated to ensuring a sustainable and vital cannabis industry. This point put forward by Danielle shows that the lack of pesticide testing has helped contaminated cannabis products get access to the public which raises concerns.

Pesticides are one of three major contaminate targets for cannabis products according to the Association of Public Health Laboratories (APHL) and Guidance for State Medical Cannabis Testing Programs. The other two classes of contaminants are microbiological and solvents which are used for the production of oils and other extracts. There are other types of contaminants in cannabis plants that can be tested for. Examples are heavy metals (such as lead, cadmium, arsenic, mercury) and foreign matter (e.g hair).

Improved testing procedures; a solution to the pesticide contamination problem

The use of pesticides for the success of the cannabis grow process cannot be eradicated but much can be done to ensure safety through testing. The APHL and state regulatory agencies are already going to huge lengths to ensure proper testing protocols are put in place for all contaminants. State regulatory agencies have adopted Chapter 467 of the US Pharmacopoeia National Formulary. This chapter gives guidelines for testing solvents used for making pharmaceutical products. This protocol is also applied for cannabis products that involve the use of solvent. Safety guidelines used in the food industry for microbiological contaminants can also be adopted.

The absence of federal guidance to help smoothen the testing procedures has allowed the issue of pesticide contamination to continue this long. Different states have had to take their approach towards ensuring their products meet the required standards. The presence of different types of products that are to be consumed in different ways makes it harder. Nonetheless, making pesticide testing mandatory is paramount to containing the issue of pesticide contamination. This step is already been taking by California and Colorado as they look to make the production process more effective.

One downside for manufacturers and ultimately consumers with this need for testing is the additional costs. The more the additional cost for production, the higher the price of cannabis. This can have a counter effect of driving consumers to black markets that do not comply with such testing requirements.

The threat posed by pesticide contamination to the integrity of cannabis products requires that the industry pays close attention to it. The issue has lingered this long because the needed attention wasn’t paid to testing and other regulatory requirements. To solve this problem, those testing requirements are what state regulatory agencies will have to resort to before it becomes a public health problem. With adequate testing being done, the incidence of pesticide-contaminated products is bound to reduce.