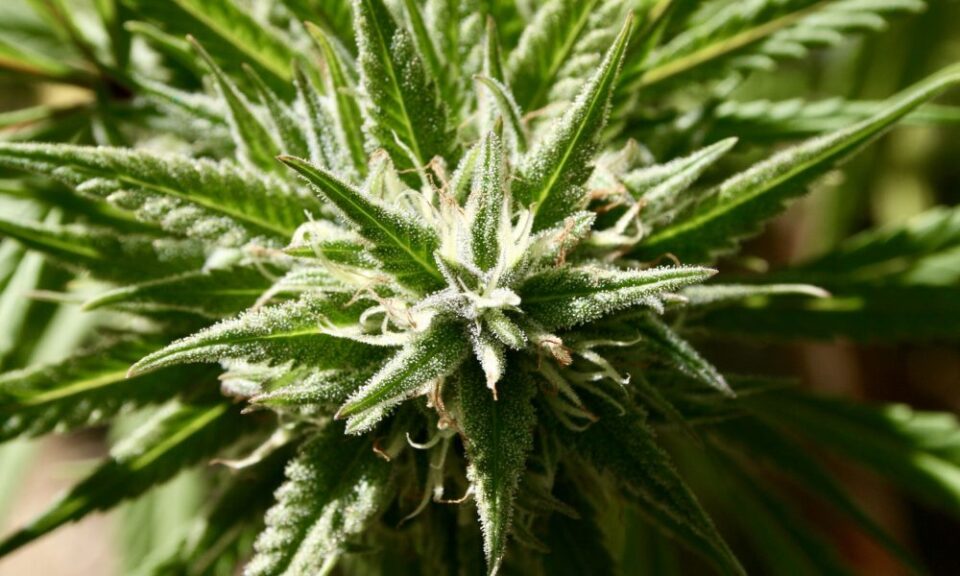 The governor of Pennsylvania says marijuana legalization is a priority as he begins annual budget negotiations with lawmakers—even though his formal spending request doesn’t seem to contain any legislative language to actually accomplish the cannabis policy change.

Gov. Tom Wolf (D) has repeatedly called for legalization and pressured the Republican-controlled legislature to pursue the reform. He continued that advocacy on Wednesday, saying in his budget speech that there’s “a lot more in the budget, including a number of things that I know have bipartisan support.” He listed cannabis legalization as one of those items.

Watch the governor discuss marijuana legalization and his budget plan below:

In a supplementary legislative plan for 2021, the governor said that “Pennsylvania has built a successful medical marijuana program through bipartisan work,” and now “it’s time to take the next step and legalize recreational marijuana in the commonwealth with an emphasis on helping businesses and restorative justice.”

On top of ending prohibition, Wolf said that reform legislation will “support historically disadvantaged small businesses through grant funding and provide them the assistance they need to build back from the economic crisis and strengthen our economy.”

“Additionally, a portion of the revenue will support restorative justice programs to help the individuals and communities that have been adversely harmed by the criminalization of marijuana,” he said. “Combined, these initiatives will serve as a step forward in reversing the decades of injustices, economic harm and trauma caused by marijuana criminalization, particularly on minority communities.”

That language is similar to what his office put forward in an agenda that was released last week.

But again, while the governor seems to be using the budget process as an opportunity to reiterate the need to enact legalization, it does not appear in the proposed spending legislation itself that he submitted to lawmakers. Marijuana Moment reached out to Wolf’s office for clarification, but a representative did not respond by the time of publication.

The budget does call for $14,592,000 in appropriations to support the state’s existing medical cannabis program, however.

“Beyond these budget initiatives, the next year must include policy reforms that focus on making our criminal justice
system fair, efficient, and restorative,” the formal proposal states. “Similarly, the legalization of adult-use cannabis will begin to eliminate the harm that has been caused in our society by the criminalization of marijuana.”

The governor hasn’t shied away from the issue since he came out in favor of adult-use legalization in 2019. But while his apparent optimism about bipartisan support for the policy change is consistent with public polling, it isn’t necessarily reflective of the sentiment in the GOP-controlled legislature.

In September, Wolf took a dig at GOP lawmakers for failing to act on reform in the previous session. And in August, he suggested that the state itself could potentially control marijuana sales rather than just license private retailers as other legalized jurisdictions have done.

Retweet if you support his bold plan!

Shortly after the governor announced that he was embracing the policy change, a lawmaker filed a bill to legalize marijuana through a state-run model.

A majority of Senate Democrats sent Wolf a letter in July arguing that legislators should pursue the policy change in order to generate revenue to make up for losses resulting from the COVID-19 pandemic.

The top official, who is weighing a run for the U.S. Senate, previously led a listening tour across the state to solicit public input on legalization. He’s credited that effort with helping to move the governor toward embracing comprehensive reform.

While Republican lawmakers have resisted these calls, Fetterman has put his support centerstage, including by hanging marijuana-themed flags at his Capitol office.

In an interview with Marijuana Moment last week, he said the decor was removed this week at the behest of certain GOP members who passed a temporary budget restricting the types of flags that can be flown on government property—but he promptly put them back up.

“There’s one great way to get them down for good and we can end this,” the lieutenant governor said. And that’s by enacting legislative reform.

Fetterman previously told Marijuana Moment that pursuing legalization through the governor’s budget request was a possibility. He added that the administration is exploring the constitutionality of issuing “wholesale pardons for certain marijuana convictions and charges.”

He’s also said that farmers in his state can grow better marijuana than people in New Jersey—where voters approved a legalization referendum in November—and that’s one reason why Pennsylvania should expeditiously reform its cannabis laws.

In September, the lieutenant governor hosted a virtual forum where he got advice on how to effectively implement a cannabis system from his counterparts in Illinois and Michigan, which have enacted legalization.

Meanwhile, Wolf isn’t the only governor to push for legalization as part of their budget proposals.

New York Gov. Andrew Cuomo’s (D) marijuana legalization plan was released last month as part of his budget request for 2021, drawing mixed reviews from advocates. This is the third year in a row that he’s proposed the reform in this manner.

Also last month, the governor of Minnesota implored the legislature to look into legalizing marijuana as a means to boost the economy and promote racial justice. That came during a briefing focused on his budget proposal for the 2022-23 biennium, though he didn’t include language to end cannabis prohibition in his formal spending request to lawmakers.

Nevada Gov. Steve Sisolak (D) stressed during his State of the State speech last month that his budget proposal contains provisions to keep marijuana tax revenue flowing to schools in the state.

Rhode Island Gov. Gina Raimondo (D) included a plan to legalize marijuana through a state-run model in a budget plan last year, but lawmakers did not enact it.

Over in Wisconsin, Gov. Tony Evers (D) said late last year that he was thinking about adding cannabis legalization to his 2021 budget proposal as a means to boost tax revenue amid the coronavirus pandemic. While he attempted to get marijuana possession decriminalized and medical cannabis legalized through the budget in 2019, Republican leaders in the legislature nixed those measures from the final spending bill.

The Best Rom-Coms to Watch While High